You Won't Believe How Powerful the Navy's New Railgun Is 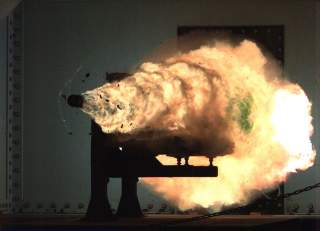 Key Point: The science of rail guns may have finally been unlocked.

While the U.S. Navy had announced a few years back it would take a prototype railgun to sea onboard the expeditionary fast transport USNS Trenton (JHSV-5) in 2016, the service may have to scupper those plans.

This piece was first featured in 2016 and is being republished due to reader's interest.