Young Americans Are Unhappy? Blame Liberal Attacks on Our Values 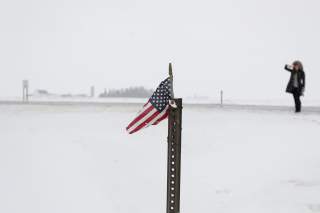 Here are some unhappy statistics:

—In America between 1946 and 2006, the suicide rate quadrupled for males ages 15 to 24 and doubled for females the same age.

—According to Grant Duwe, director of research and evaluation at the Minnesota Department of Corrections, in the 1980s, there were 32 mass public shootings (which he defines as incidents in which four or more people are killed publicly with guns within 24 hours). In the 1990s, there were 42. In the first decade of this century, there were 28. In all the 1950s, when there were fewer controls on guns, there was one. Fifty years before that, in the 1900s, there were none.

—Reuters Health reported in 2019, “Suicidal thinking, severe depression and rates of self-injury among U.S. college students more than doubled over less than a decade, a nationwide study suggests.” The study co-author Jean Twenge, a psychology professor at San Diego State University, said, “It suggests that something is seriously wrong in the lives of young people.”

This data is not only applicable to Americans. As social commentator Kay Hymowitz wrote in City Journal in 2019:

Loneliness, public-health experts tell us, is killing as many people as obesity and smoking. … Germans are lonely, the bon vivant French are lonely, and even the Scandinavians—the happiest people in the world, according to the U.N.’s World Happiness Report—are lonely, too. British Prime Minister Theresa May recently appointed a ‘Minister of Loneliness.’ … consider Japan, a country now in the throes of an epidemic of kodokushi, roughly translated as ‘lonely deaths.’ Local Japanese papers regularly publish stories about kinless elderly whose deaths go unnoticed until the telltale smell of maggot-eaten flesh alerts neighbors.

Why has this happened?

There are any number of reasons. Increased use of illicit drugs and prescription drug abuse, and less human interaction because of constant cellphone use are two widely offered, valid explanations.

Less valid explanations include competition, grades anxiety, capitalism, and income inequality. And then there are young people’s fears that because of global warming, they have a bleak, and perhaps no, future.

But the biggest reason may be the almost-complete loss of values and meaning over the last half-century.

America—and much of the rest of the West, but I will confine my discussion to America—was founded on two sets of values: Judeo-Christian and American.

This combination created the freest, most opportunity-giving, most affluent country in world history. This is not chauvinism. It is fact. And it was regarded as such throughout the world. That is why France gave America—and only America—the Statue of Liberty. That’s why people from every country on Earth so wanted to immigrate to America—and still do.

But as government has gotten ever larger, many of these nongovernmental groups have dwindled in number or simply disappeared.

Another set of values is what is referred to as “middle class” or “bourgeois” values. These include getting married before one has a child; making a family; getting a job so as to be self-sustaining and sustain one’s family; self-discipline; delayed gratification; and patriotism.

All of these have been under attack by America’s elites, with the following results:

One in 5 young Americans has no contact with his or her father (not including fathers who have died).

The majority of births to millennials are to unmarried women. Yet, according to a 2018 Cigna study, single parents are generally the loneliest Americans.

Marriage and family are the single greatest sources of happiness for most people. Yet, the percentage of American adults who have never been married is at a historic high. More Americans than ever will not get married, or they will marry so late they will not have children. In 1960, 9% of blacks ages 25 and older had never been married. In 2012, it was nearly 40%.

And I haven’t even mentioned the biggest problem: the loss of meaning in young people’s lives. I will discuss that in part two.

Dennis Prager is a columnist for The Daily Signal, nationally syndicated radio host, and creator of PragerU. His article first appeared in The Daily Signal on January 21.