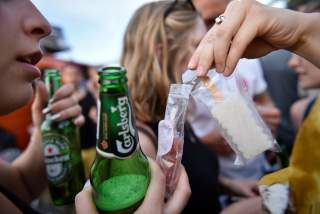 Young people are drinking less than ever before. Some reading this will be able to recall the 1990s – the decade of peak alcohol, when drinking was a key part of life for young people. The decade saw the rise of pub and club culture, public displays of drunkenness by young adults and the arrival of new kinds of alcoholic drinks you could buy (alcopops anyone?).

Flash forward to 2020 and the picture is very different. A range of studies from countries where drinking is a big part of the culture confirms a sharp decline in alcohol consumption among young people. Research in Sweden, for example, shows a decline across all types of consumption, from the heaviest to the lightest drinkers. Similarly, rates of binge drinking have gone down and people defining themselves as non-drinkers has increased.

There may be significant health benefits to this change in behaviour. Excessive alcohol consumption is the cause of a number of chronic diseases and bad drinking habits are often created between the ages of 16 and 25. So there’s lots to be learnt from the young people who typify how drinking culture appears to be changing.

There are many reasons for the change, which I have recently brought together in a new book with my colleague Fiona Measham. Economic factors, including a wider climate of constraint and austerity, may impinge the time and money young people have available to spend on alcohol. Young people may also be more aware of alcohol’s health risks.

But changes in drinking behaviour may be just one part of broader changes in today’s super-connected youth culture. For example, online technology has made friends and family now instantly accessible via social media and smartphones, and the once central role of pubs and clubs for initiating and consolidating social networks appears to have changed.

The decline could also simply be a redressing of the balance that began with the surge in alcohol’s popularity during the 1990s. It is unclear what the definitive reason is for the change that has taken place. But there is still plenty to learn from these changes in terms of how to encourage others to adopt healthier drinking patterns.

Pros and cons of not drinking

Choosing not to drink alcohol can have implications for people’s social lives. I carried out a study, surveying 500 UK university students who were alcohol drinkers but who were asked about whether they had recently not drank alcohol on social occasions where their peers were drinking.

Nearly half (44%) of the students reported having socialised without drinking alcohol, and reported benefits including higher self-esteem and feeling more productive in life. The main downsides were concerns that not drinking might limit their social lives and fear of missing out. The high proportion of students who had abstained from social drinking in the previous week while in the company of alcohol-consuming friends suggests that going dry while socialising may be more widespread among young adults who do regularly consume alcohol than is typically acknowledged in popular culture.

Not drinking has gained cultural visibility in recent years with the rise of phenomena like Dry January. But questions circle around these initiatives. There is currently limited evidence that these events translate into longer-term moderate drinking and whether or not they target those in the most need of curbing their alcohol consumption is also open to question. So it seems we’re still some way off harnessing non-drinking as a way to promote moderate alcohol consumption over a sustained period.

One of the biggest roadblocks to encouraging young people to drink less is the stigma there still is around not drinking or even drinking in moderation. Many studies point to this, particularly among students. In one study I worked on, interviewees have spoken of experiencing peer pressure to drink, and if they don’t drink alcohol feeling like they “don’t belong” or even excluded.

Another study suggests that male non-drinkers may face a double whammy of stigma. Their decision to not drink clashes with expectations of being both a young person (where drinking to excess demonstrates “living life to the full”) and gender role specific expectations (being told: “Why are you not having a drink? Man up!”).

Nonetheless, we can expect to see a growth in tolerance toward different drinking behaviour, as more people decide to drink less. This may unlock all sorts of possibilities when it comes to promoting moderate drinking across the population at large. The rise in interest in drink-free challenges, for example, and healthier lifestyles more generally, suggests the cultural climate is ripe for putting non-drinking centre stage in public health promotion materials.

Also, the emergence of “sober spaces” in young adult social environments is significant. For example, the rise of cafe culture, increased demand for living accommodation where alcohol use is prohibited and activities like sober raves and the “conscious clubbing” movement. Pubs and clubs are no longer the go-to space for people to socialise, thanks to diverse cultural factors including increased numbers of young people who do not drink and the increased acceptability of non-drinking as a social option.

Understanding these changes is an ongoing process. But shifts in how alcohol is viewed by young adults shows that excessive drinking doesn’t have to be the default way of socialising and perhaps we can all have a healthier relationship with booze.