You're Allowed To Buy Your Own F-4 Phantom Fighter 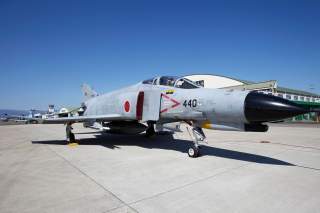 Key Point: This military hardware will only cost a cool $4 million.

James Clark is a staff writer for Task & Purpose. He is a former Marine combat correspondent and a veteran of the War in Afghanistan.

This article originally appeared at Task & Purpose. Follow Task & Purpose on Twitter. This piece was first featured in March 2018 and is being republished due to reader interest.