Zhejiang: Land of Opportunity Under Semi-Quarantine (Thanks to Coronavirus) 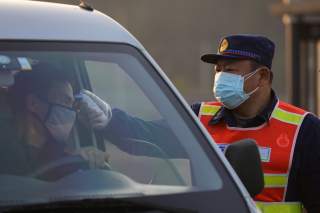 We were sitting in the dim light of Mill whisky bar in Hangzhou, the capital of Zhejiang province, sipping cocktails around a round faded stone table. Cool jazz was playing in the background. Mill is the an establishment of elegant design with liquors displayed in a lighted wooden shelf behind the bar, simple stained glass windows in the wall, and a traditional set of painted mah jong tiles in a frame on the wall. It evokes, if not the Shanghai speakeasies of the 1940’s, at least a modern millennial’s idea of what those speakeasies might have been like.

In short, it does what a great cocktail bar should do: it creates a new realm, apart from the world, somewhere to distract oneself and think. The whisky was flowing, the thoughts wandering. The open city beckoned us. It was early in the night. Time to wander along until we find the next bar.

Along a backstreet somewhere—at that point, the details had faded and just the feeling remained—there appeared a bar you entered through an old British phone booth into a great space that did not appear to exist from the outside. The whisky there was quality, too, and the design elements were interesting, albeit disjointed.

Such is a night in Hangzhou. It could be quite different in the specifics but just the same in meaning had we gone to a loud, rowdy nightclub and drank Budweiser, or played the dice game at cramped tables under chandelier-style lighting at 88 Bar. All of that is impossible now.

The major cities of Zhejiang province, the second-worst affected after Hubei, are under partial lockdown. No sense of limitless possibilities at 9 pm, no open-air to guide you freely through the night, no escape from the problem of the country and the world. Residents of Hangzhou, where there are 162 cases of coronavirus, are trapped behind their masks, not able to leave their home but once every two days. The case is similar in much of the country. Leisure and travel spots are largely shut down. But the measures are especially stringent in Hangzhou and Wenzhou, cities which, in common times, are uncommonly vibrant.

Zhejiang ranks fifth out of China’s twenty-seven provinces in terms of tourism revenue. Hangzhou is its top tourism city. Long renowned by Chinese literati poet-officials, who loved to get drunk on pleasure boats sailing along West Lake, Hangzhou was designated as a “historical and cultural city” and a “key tourist city” in the 1980’s.

West Lake, 1,600 acres next to the city, is the main attraction. Surrounded by hills and mountains, pagodas and temples, the lake contains two islands, one of which is linked by pedestrian causeway, and an endless string of gardens along its coast. Any time of year, the causeways and trails are usually packed.

But in January, the West Lake tourism administers announced that all scenic areas were to be closed. Travel agencies were directed to stop offering tours. “When to return to normal operations will be determined based on the situation of the epidemic and then a separate notification will be made,” a notice written on January 30 read. Select areas of the lake have been open to tourists wearing masks and passing temperature checks, but visiting now one would certainly not experience the intoxicating feeling described in poems like Bai Juyi’s.

Do not cry for the would-be tourists, however. It’s the locals who are suffering most. On February 3, Gongshu District and Yuhang District, both in the north part of the city, away from the lake, issued the “most strict prohibitive order”—only one member of each household is allowed to go out every two days to purchase necessities. Since then, the policy has been expanded to the whole city.

Trains are still running to Hangzhou, at least. The same is not true of Wenzhou. Searching for tickets online comes up with no seats available. Public transportation within the city has been shutdown. Work remains stopped until February 9 for workers at critical agencies and until February 18 for workers at enterprises. As with Hangzhou, households can only dispatch one person to go shopping every two days. While people can leave Wenzhou—if they can find transportation—they are made to quarantine for 14 days.

But the residents of Wenzhou have a network all over the world that is helping them. Spanish residents of Wenzhou origin are donating thousands of Euros to their compatriots back home to help fund them through this difficult time. This brings up the unique history and geography of Wenzhou. Wenzhou is a center of small and medium enterprise, a manufacturing hub, and its people are known for their entrepreneurial spirit. According to various sources, over 2 million people with recent Wenzhou ancestry live outside of Wenzhou, including nearly 300,000 Wenzhounese in Italy. They form a majority of the Chinese ethnic population in many European countries, including in Spain.

The overseas network and the many Wenzhou community groups come to each other’s aid in times of trouble. They have been raising money for donations to those who had been visiting China during Spring Festival before returning to Spain. Xinhua quotes multiple Wenzhou people who donated between 1,000 and 2,000 Euros to help those in self-quarantine afford food. Within China, Wenzhounese are also spread across the country and treated as a wondrous people.

“Do you know Wenzhou people? Wenzhou people are the Jews of China.” Some Chinese people have said this to me when I tell them I am Jewish. They mean it as a compliment, even if it is based on positive stereotyping. In fact, there’s a variety of books in the business section of Chinese book stores about how you can “learn the secrets of wealth creation from ‘the Jews of China.’”

Why have Wenzhou people developed such a reputation for wandering the world in search of opportunity? One argument says it goes back to geography. Wenzhou is set in a mountainous valley with little arable terrain. It has an oversupply of labourers by about 50-60 percent relative to land.

Two Chinese phrases are partially explanatory: 1.) “The mountains are high and the emperor is far away.” 2.) “If you live by mountain, rely on the mountain; if you live by the sea, rely on the sea.” Wenzhou people live by both the mountains and sea. Not only did Wenzhou’s tough terrain necessitate that its people either migrant or develop a business sense, Wenzhou also proved a somewhat inhospitable environment for China’s Communist Party to extend theirs roots of control too deep.

Bradley Gardner, author of China’s Great Migration, has written of Wenzhou as a town built on black market finance, whose hustlers “bend the law.” They also bend immigration law. Since the 1950’s, when sailors would jump ship and run away at ports, initially escaping the Communists who had just taken power, and later, post-economic reform, the Wenzhou network facilitated some degree of illegal immigration to Europe and the U.S. He might have exaggerated when he calls Wenzhou “the most libertarian place in China.” Since the mid-2010’s, Wenzhou’s Christian community, one of the largest in China, has been facing pressure.

It was not just because of Wenzhou people’s free spirits, but also because of their “devil language,” supposedly the most difficult dialect of Chinese for non-locals to understand. The students and cadres sent from in-land cities were unable to communicate with locals. Wenzhou’s dialect is so incomprehensible to the rest of the world that it was used as a code language by the Chinese resisting Japan during World War II and when fighting Vietnam in 1979.

Now Wenzhou people are facing their greatest challenge in years, but if history is any indication, they’ll triumph.