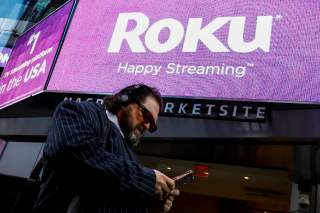 The advent of streaming devices and streaming set top boxes ushered in what is probably the third age of television. Early broadcast television, cable television, and now streaming television offered exponentially more viewing options than ever before. While broadcast TV was dominated by the big three networks, streaming television now offers scores of networks, each with original shows and other content. Figuring out how to connect to this endless stream of content isn’t easy, but here are five devices the consumer can use to turn an internet connection into access to tens of thousands of shows and movies.

Twelve years old and still the undisputed champion, Roku stays on top by offering consumers an inexpensive, feature-rich means of access to a myriad streaming services and streaming companies a platform to reach those consumers. Roku dominates the market with a 39 percent market share as of 2019.

The Apple TV has been around since 2007, making it as old as the iPhone. The Apple TV has not been as successful until now as the iPhone, largely due to Apple’s inability to decide what to do with the device. Streaming and the adoption of the a version of the iOS operating system solved that problem, as Apple used iOS’ massive app base to leverage more apps for AppleTV. Apple also adopted a streaming approach for the device, launching its own service, Apple TV+, and allowing users to use other streaming services with user-installable apps.

Apple’s device is one of the more expensive on the market, with the HD-only version available for $146 and the 4k version starting at $164. One feature that may appeal to consumers that have bought into the Apple ecosystem is the Apple TV’s ability to act as a hub for its HomeKit series of smart home devices. The device can also stream photos and video from a user’s iCloud account and music from an Apple Music account. For users that aren’t knee deep Apple devices, however, the extra features are unimportant.

The Amazon Fire Stick is another popular streaming hardware device. The Fire Stick is unique on this list, backed by one of the world’s largest companies and producers of content. The Amazon Prime network combines movies and television with Amazon’s premium content, resulting in a large entertainment catalog. Even better, Amazon has opened the Fire Stick up to competitors, allowing users to binge watch their favorites on Netflix, Apple TV+, Showtime, YouTube TV, and others. The Fire Stick also incorporates Amazon’s Alexa, allowing it to carry out the full range of Alexa-activated tasks. All of this is available for $22.99, streaming membership fees not included.

Why is the Fire Stick such an open platform? At $22.99, the stick is inexpensive and likely sells at cost. Amazon makes its money by selling Amazon Prime memberships for $119 a year. Prime offers inexpensive shipping through the Amazon store but also delivers the full catalog of the company’s streaming TV and music. The company has a staggering 156 million Prime memberships, generating a total of $18.5 billion in revenues annually.

Another streaming option is the NVIDIA Shield TV. Built by NVIDIA, one of the world’s leading companies in computer graphic cards, the Shield TV occupies a unique middle ground among all of the boxes. Like the rest, Shield TV offers streaming channels as installable apps, including Netflix, Google Play, YouTube TV, Prime Video, HBO Now, and others. Shield TV does not offer an Apple TV+ app.

Shield TV includes a microphone-equipped remote, allowing users to issue voice requests and access both Amazon Alexa and Google Assistant. One other downside of the Shield TV is the lack of storage options, with just Gigabit Ethernet and a MicroSD card slot for storing user movies and music. The base Shield TV model costs $129, while the Shield TV Pro, including USB ports and the Plex media server, costs $199.

Google’s Chromecast is a device that includes many features from the previous devices but has particular value if consumers have already invested in Google’s ecosystem. Like the Roku and Fire Stick, Chromecast is an inexpensive device that allows access to a wide variety of streaming apps, particularly the Google Play store. Like the NVIDIA Shield, it’s compatible with Google Assistant.

The Chromecast’s real usefulness is what it shares in common with the Apple TV—the ability to plug into Google’s world of home devices. Chromecast can mirror the content on an Android-powered phone or YouTube app on iOS devices, and can be operated by voice commands issued to smart speakers such as Google Home or Nest. You can even use a Chromecast to stream the video feed from a Google Nest Cam to your TV. Chromecast costs $35 for the base HD model, and $69 for the 4K Chromecast Ultra.