China Claims Its Economy Grew 4.9 Percent in the Third Quarter: Did It Really? 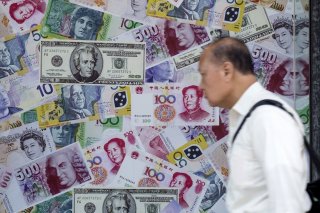 China’s economy continued its recovery in the third quarter, growing 4.9 percent year over year, according to figures released Monday by that country’s National Bureau of Statistics, the bureau said in an English language press release.

However, because of the drop in economic output due to the pandemic, China’s economy has only grown 0.7 year-to-date. And the 4.9 percent figure is actually lower than what was expected by Chinese economists, as cited by CNBC.

The bureau also said that the growth of consumer prices dropped, while producer prices for industrial products declined year over year. Employment was also “generally stable,” while the “real growth of residents’ income shifted from negative to positive.

The release also included references to “the strong leadership of the Central Committee of the Communist Party of China (CPC) with comrade Xi Jinping as the core,” so the question must be asked: Are its numbers on the level?

China U.S. Focus looked at that very question back in 2018 and concluded that while some local officials may be falsifying data, it’s not likely that is happening at the national level.

“While there are incentives for local officials to falsify the economic data, there is actually little real incentive for the central government to falsify the data. In fact, as the lesson of the Great Leap Forward illustrates, false data might actually lead to the wrong policy decisions,” Lawrence Lau of the Chinese University of Hong Kong wrote two years ago. “There is no evidence of a systematic falsification of data, either upwards or downwards, at the central government level, since economic reform began in China in 1978.

Furthermore, the Chinese government had no shyness about putting out negative numbers earlier this year.

The Asia Times wrote a year ago that the National Bureau of Statistics issued a new law aimed at cracking down on fake statistics, although that positioned China’s government’s efforts to “build a modern statistics system in the new era, to improve the authenticity, accuracy, integrity, and promptness of the statistical materials, to give full play to the roles of statistics in social and economic growth and to promote high-quality development.”

The World Bank predicted in 2014 that the Chinese economy could overtake that of the United States by the following year, but that has not happened. China remains second in GDP, behind the United States.