Conservatism, Realism and Foreign Policy: Kissing Cousins if Not Soulmates 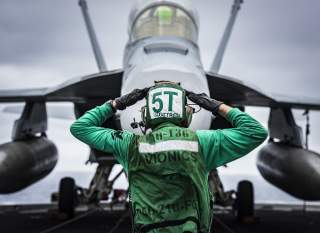 President Donald Trump is provoking much discussion about what it means to be a conservative, particularly in the realm of foreign policy. The president’s inept approach to our allies and ill-advised partiality toward our rivals aside, a more robust conversation about what constitutes a conservative, effective approach to the world has been a long-time coming given America’s failures in the Iraq War, the nation-building project in Afghanistan, the intervention in the Libyan civil war and the effort to create a democratic opposition in Syria.

Throughout the Cold War, conservatives may have talked like hawkish anti-Communists, blustering about the “rollback” of Communism. But for the most part (with Vietnam a huge exception), Ike and others wisely exercised prudence by settling for the more realistic “containment” of the Soviet Union. In the post–Cold War era, in contrast, many conservatives—flush with victory in the Cold War and besotted with predictions of the end of history—turned this rhetoric into reality and embraced an activist, militarized and highly assertive stance toward the rest of the world. In doing so, these conservatives have embraced a revolutionary mind-set besotted with dreams of socially engineering the world.

In light of this ongoing conservative foreign-policy debate—and with the benefit of 20/20 hindsight about the results of our recent activist foreign-policy projects—it is worth considering which approach going forward is most compatible with conservativism’s fundamental principles.

In our view, conservatives should embrace a foreign policy of constructive realism not only on practical grounds (the widely-supported conservative approach of the past quarter of a century has been a failure), but also based on principle. A realist, rather than primacist, approach to the world is more in line with the core tenets of the conservative cannon.

Conservatives and classical liberals subscribe to many of the following premises: that war is a necessary evil at times (and thus we should have a strong military) but that engaging in it should always be a last resort. Given that, America’s preferred mode of engagement with the rest of the world ought to be through trade and diplomacy. That military power is a blunt instrument that cannot solve every foreign-policy problem we face. That preparation for war comes at a cost to our economy. That war centralizes executive power and imperils civil liberties. That given the limits of human reason and the “crooked timber of humanity,” we need to be modest about the prospects for human perfection, both in ourselves and in others. That social engineering, whether at home or abroad, is a difficult and fraught undertaking, often derailed by unintended consequences, and so should only be undertaken when markets and voluntary efforts fail or are overwhelmed by natural or man-made disasters. That the more we do for others, the less they will do for themselves. In short, the conservative watch words are humility and prudence.

Given these premises, a conservative foreign policy would have the United States exercise greater caution in using force broad, limiting it to ensuring America’s homeland security and command of the seas. It would eschew the role of world policeman or global social worker committed to grand schemes such as regime change or aggressively promoting liberal democracy around the world. It would remain committed to engaging the world, but not by using the big stick of brute force but rather with the velvet glove of diplomacy, free trade, and the powerful example of our liberal democracy and free market system at home. As conservative thinker William Graham Sumner sagely warned a century ago, war and hegemony constitute “a grand onslaught on democracy.”

Conservatives should recognize in realism—an approach to the world that traces its lineage over two millennia from Thucydides and St. Augustine to George Kennan—a kindred mind-set. Realists take seriously the threats we face in the international system, but they also put them in perspective. The fight against international terrorism is hardly World War IV and Vladimir Putin’s thugocracy in Russia is scarcely the Evil Empire redux.

Realists generally prefer that rogue states like North Korea and Iran not obtain nuclear weapons but do not think that if they did it would be the end of the world. Thus we do not have to fight costly preventive wars or engage in regime change to prevent it. After all, despite Mao’s hair-raising rhetoric about the possibility of winning a nuclear war during the 1950s, even Communist China behaved rationally once it developed nuclear weapons. In other words, realism counsels prudent caution—not panic—in the face of the security threats the United States faces today.

Realists understand that nationalism is the most consequential-ism in world politics. While sometimes it manifests itself in ugly xenophobia it can, ironically, also work to make the international system more benign. It is the engine for balancing behavior among states, which helps maintain an equilibrium of power and ensures that most states will make provision for their own defense if they have no other choice. Moreover, it makes occupation and lasting conquest difficult, as Napoleon learned in Spain and the Soviets witnessed in Afghanistan.

Realism is sometimes caricatured as an amoral Machiavellian approach to world politics. Although realists eschew ideological crusades, they are hardly disinterested in ethics in statecraft. It was, after all, the conservative realists in the U.S. military who have been most consistently committed to upholding the Geneva Conventions and maintaining the norm against torture than have civilians.

Realists are less likely than others to place our enemies beyond the pale of civilization. As Reinhold Niebuhr observed in a somewhat different context, realism

ought to persuade us that political controversies are always conflicts between sinners and not between righteous men and sinners. It ought to mitigate the self-righteousness which is an inevitable concomitant of all human conflict.

The United States is still the preeminent economic and military power on the planet. But realists fear that as America struggles to maintain the global hegemony it enjoyed after the collapse of the Soviet Union, that effort will generate opposition around the world, resulting in greater international tension, conflict and a further depleted treasury. Appreciating the force of nationalism and the preeminence of balance of power concerns, realists understand that the rest of the world does not see the United States as a benign hegemon despite our good intentions. “One reads about the world’s desire for American leadership only in the United States,” observed an anonymous British diplomat, but “everywhere else one reads about American arrogance and unilateralism.”

Realism is the right choice for conservatives and America. It provides the United States with the basis for a consistent, sustained policy of engagement with the rest of the world based on the principle that it can secure its national interests without having to, in John Quincy Adams’ words, go abroad “in search of monsters to destroy.”

Those who set the American foreign-policy agenda of the George W. Bush administration and assembled the national security platform of the McCain presidential campaign ironically have more in common with liberal internationalists in the Clinton and Obama administrations than with classic American conservatism. Conservatives should regard realists if not as ideological soul-mates at least as kissing cousins given their shared principles of prudence, humility and restraint which characterize their views of the world and America’s role in it.

William Ruger is vice president for research and policy at the Charles Koch Institute.