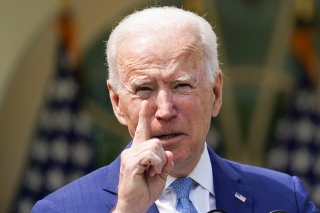 The Internal Revenue Service and U.S. Treasury have announced via their latest update that more than twenty-five million coronavirus stimulus checks worth $36 billion have been disbursed this week to cash-starved Americans.

To date, this fourth batch of stimulus checks now brings the total number of payments to one hundred fifty-six million worth approximately $372 billion, according to the agencies.

However, to the surprise of many taxpayers, this current $1,400 cash windfall could potentially be the first of three rather sizeable payments.

As for the second check that you might be in line to receive, know that the $1.9 trillion American Rescue Plan expands upon the child tax credit that currently allows families to claim a credit of up to $2,000 for children under the age of seventeen.

For check number three, keep in mind that if you’re recently unemployed, you can claim $300 in additional weekly unemployment benefits, which include a brand-new tax break. Under the new legislation, these enhanced federal unemployment checks can be applied for till September 6, and the maximum amount of time you can collect is roughly a year.

The American Rescue Plan also discards a particular provision that you have to make $2,500 annually to receive the tax credit and makes the credits fully refundable.

Furthermore, tax credits have been extended for another year to help cover the cost of child care. Families potentially could get back as a tax credit as much as half of their overall spending on child care for children under the age of thirteen, up to $4,000 for a single child, and $8,000 for two or more children.

Also, take note that the fourth batch of stimulus checks has another surprise in store for many taxpayers—it is the first one that includes “plus-up” or supplemental payments for those who only received partial $1,400 payments on an earlier date.

Payments were also issued to those who recently filed tax returns in order to qualify for the stimulus money, due to the fact that the IRS did not have their necessary information on record. These checks will continue to go out on a weekly basis going forward, according to the agency.