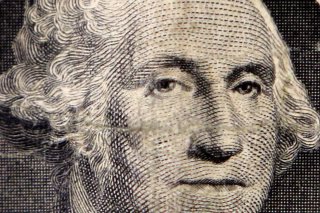 Most Americans have either already received their checks of $1,400, or slightly less than that amount. The checks were issued as part of the American Rescue Plan in March. But some Californians are eligible for another stimulus check, one available at the state level.

Back in February, California Gov. Gavin Newsom signed the Golden State Stimulus into law. The stimulus is a one-time payment of $600 or $1,200 to eligible recipients. It is meant to “support low-income Californians” and “help those facing a hardship due to COVID-19.”

In order to qualify for the Golden State Stimulus, Californians must be either a recipient of the California Earned Income Tax Credit or an Individual Taxpayer Identification Number (ITIN) filer who earned $75,000 or less in 2020. Also, a person must be a California resident at least half of the 2020 tax year and be a resident of California on the day the payment is issued. You also must not be eligible to be claimed as a dependent by someone else.

Those who wish to receive the payment do not need to do anything, except file an eligible tax return.

According to KCRA, about 5.7 million Californians are eligible to receive the payments. And it will also benefit some undocumented immigrants, who are not eligible for the federal stimulus. The amount of the checks depends on a formula, that includes whether the recipient is a CalEITC recipient, file with an ITIN and made $75,000 or less last year. Those who say yes to all three are eligible for the full $1,200.

The checks began going out already for those who filed before March 1, KCRA said.

Those eligible for the benefit, who are looking at how long they might have to wait to receive it, can check out this website.

How can California afford to do this? According to the Sacramento Bee, the state’s tax revenue was more than $14 billion above expectations, making money available for the state stimulus package, as well as a separate program to hand out $2 billion in grants to businesses who suffered under the pandemic. California was already known, in January, to have a budget surplus.

“California’s improving revenue picture is another sign of the growing light at the end of the tunnel as we recover and rebuild from the pandemic,” the governor said in a statement in March. “In partnership with the Legislature, we’ve ensured much of these revenue gains are providing immediate relief for individuals and families through the Golden State Stimulus, and for struggling small businesses.”

Newson, despite the surplus, faces a recall effort in California, which was a similar process that led to Arnold Schwarzenegger being elected governor of the same state in 2003.