$1,400 Stimulus Checks Are Amazing. But Does the U.S. Economy Need More? 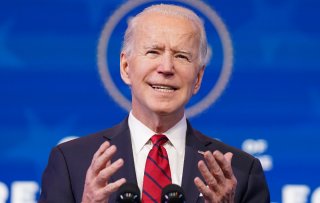 The American Rescue Plan of 2021, in addition to other stimulus plans that passed previously, has worked to help out small businesses and entrepreneurs who suffered major effects during the first year of the pandemic.

Now, the argument has been made that additional stimulus packages would help such people even more.

Milan Kordestani, a contributor to the Entrepreneur Leadership Network, wrote for Entrepreneur magazine this week, arguing that “With More Stimulus, Startups Could Grow at Warp Speed.” Kordestani, per his bio, is the CEO and founder of three active companies: The Doe, Guin Records, and Dormzi.

“Thanks in large part to the Payment Protection Program, startups have had access to low-interest (and potentially forgivable) loans to help them sustain and grow their businesses,” Kordestani wrote. “However, even under the expanded PPP criteria, businesses needed to be in operation since February 15, 2020, or earlier. Consequently, startups that began during the pandemic could not access this cash.”

Kordestani acknowledged that while the direct payments from the stimulus weren’t enough to sustain a startup for long, the expanded unemployment payments have helped in that regard.

“Putting aside fiscal assistance for a moment, it’s important to take note of the new startup landscape that has developed in 2021,” he wrote. “While Covid-19 has put some industries like travel and hospitality on the verge of collapse, it has helped others expand rapidly. For example, IT services, online education, and various other sectors have seen gains over the last year and a half.”

He added that it’s important for entrepreneurs to assess the current facts on the ground, and whether they’re conducive to their particular idea.

“With social distancing and masks still in place, workforces are transitioning to telecommuting en masse. Meanwhile, businesses that have the capacity to move their products and services into the virtual sphere are doing so as quickly as possible,” Kordestani wrote. “Still other businesses are adapting their business practices to accommodate stringent health and public safety regulations.” He went on to write, counterintuitively, that now may be one of the best times to start a new business.

Whether additional stimulus packages are coming remains an open question. Democrats in Congress have called for a fourth stimulus package, although President Joe Biden has indicated that he’s not going to pursue such a thing in his next major legislative pushes, for the American Family Plan and the “Build Back Better” infrastructure packages. Biden is expected to address both in his address to a joint session of Congress on Wednesday night.