$1,400 Stimulus Checks: Who Just Got the Next Big Round of Payouts? 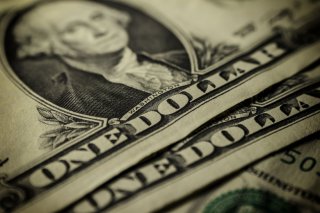 In their latest update, the Internal Revenue Service and U.S. Treasury have announced that more than twenty-five million coronavirus stimulus checks worth $36 billion have been disbursed this week to financially struggling Americans under President Joe Biden’s $1.9 trillion American Rescue Plan.

To date, this fourth batch of stimulus checks now brings the total number of payments to one hundred fifty-six million worth approximately $372 billion, according to the agencies. In all, about 85 percent of stimulus checks sent so far have been direct deposited in bank accounts, the IRS noted.

This particular batch also heavily targeted Social Security beneficiaries who for weeks have been left to wonder when their funds would arrive in their bank accounts or mailboxes.

The reason for the holdup in the transfer of the much-needed funds was due to the Social Security Administration (SSA), according to a recent letter from the House Ways and Means Committee to the benefits agency, contending that millions of senior citizens were sitting empty-handed because the SSA didn’t turn over the necessary payment information to the IRS in a timely fashion.

The agency recently acknowledged that it had been reviewing, validating, and testing the payment records after receiving them from the SSA.

Moreover, the IRS noted that it will start processing payments this week for Veterans Affairs beneficiaries who do not normally file tax returns. The official payment date for those stimulus checks that are sent out as direct deposits will be April 14.

Another notable fact about the fourth batch is that it is the first one that includes “plus-up” or supplemental payments for those who only received partial $1,400 payments on an earlier date.

Payments were also issued to those who recently filed tax returns in order to qualify for the stimulus money, due to the fact that the IRS did not have their necessary information on record. These checks will continue to go out on a weekly basis going forward, according to the IRS.