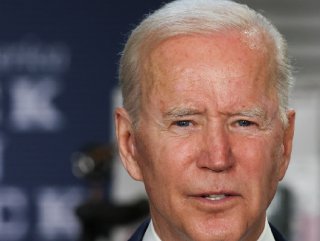 In recent months, the IRS has been sending out $1,400 stimulus checks, and at the beginning of April, it began sending another type of check, called “plus-up” payments.

The IRS has defined such payments as “additional ongoing supplemental payments for people who earlier this year received payments based on their 2019 tax returns but are eligible for a new or larger payment based on their recently processed 2020 tax returns.”

Taxpayers have become eligible for the payments because their financial picture changed in some way, either because they had a child or a significant change in income.

A report this week said that the number of plus-up payments has now reached 5 million--but that some of the payments have been delayed.

According to CNBC, in addition to the 5 million number, the IRS “will continue to send out the payments in weekly batches as it receives and processes 2020 tax returns.” It is unclear how close the government is to finishing distribution of the $1,400 checks.

The report by CNBC also said that “receiving refunds and plus-up payments will take longer for some taxpayers than for others.” That is because the IRS is juggling several different types of payments currently, including the regular stimulus checks, the plus-up payments, and other payments related to the 2020 tax season. The IRS earlier this spring pushed the tax filing deadline from the usual date of April 15 to May 17.

“We kept our commitment, and we are sending $1,400 rescue checks to 85% of all American households.  We have already sent more than 160 million checks out the door. It is making a difference. For many people, it’s making all the difference in the world… together — we passed the American Rescue Plan,” President Biden said last Wednesday in his nationally televised address before Congress, per his prepared text, as published by Politico. “One of the most consequential rescue packages in American history. We’re already seeing the results.”

The success of those payments notwithstanding, the Biden Administration does not appear to be actively pursuing a fourth round of stimulus checks in the tradition of the last three. Instead, the president has proposed trillions of dollars in new spending as part of legislative packages that are known as the American Families Plan and American Jobs Plan. The Families Plan does include an expansion of the child tax credit to 2025, but not checks for every American.

There have been letters from Democratic lawmakers, and a very popular petition, calling for a new round of full-on stimulus checks, and possibly even recurring ones. But it does not appear that the political will exists for such a package, at least not in the short term.

Stephen Silver is a Technology writer for the National Interest.