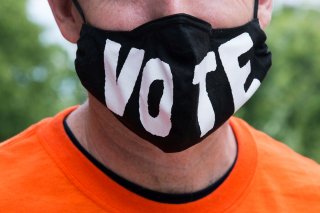 The majority of Americans think the federal government’s response to the coronavirus outbreak is actually making the country worse, according to a new poll released Tuesday.

Despite the lack of trust in the federal government and the president, 57 percent of respondents said they’re somewhat or very hopeful that the US will get the pandemic controlled within the next six months, while 43 percent said they were not too hopeful or not hopeful at all. There was another partisan divide from the results, as 82 percent of Republicans and 42 percent of Democrats were hopeful that the coronavirus would be under control in six months.

The poll results come just about two months before a historic election, where the two have gone head-to-head in the press about the other’s political ideals and campaign team.

The Axios-Ipsos poll was conducted August 28–31, among a nationally representative sample of eleven hundred adults, with a margin of error of plus or minus 3.3 percentage points.