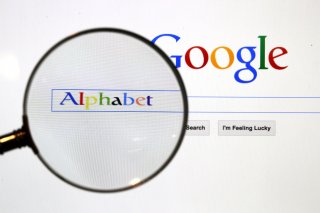 At least six hundred Google employees have signed a manifesto against the technology giant’s vaccine mandate.

“Vaccines are key to our ability to enable a safe return to office for everyone and minimize the spread of COVID-19 in our communities,” Chris Rackow, Google vice president of security, said in an email sent out in late October, per CNBC.

His email stated a deadline of November 12 for employees to request exemptions due to religious beliefs or medical conditions and added that exceptions would be given on a case-by-case basis.

The manifesto circulating within Google is asking the company’s leaders to retract the vaccine mandate immediately and create a new one that is more “inclusive of all Googlers.”

The mandate is “deeply flawed,” the authors of the manifesto wrote, later calling the company’s leadership “coercive” and “the antithesis of inclusion.”

“Such Googlers may never feel comfortable expressing their true sentiments about a company health policy and other, unrelated sensitive topics,” the manifesto stated. “This results in silenced perspective and exacerbates the internal ideological ‘echo chamber’ which folks both inside and outside of Google have observed for years.”

The manifesto is also strongly against the company possessing a record of employees’ vaccination status. “I do not believe Google should be privy to the health and medical history of Googlers and the vaccination status is no exception,” it states.

A Google spokesperson acknowledged that the company stands behind its policy.

Meanwhile, the Biden administration on Tuesday asked a federal appeals court to lift an order halting its Occupational Safety and Health Administration (OSHA) vaccine and testing requirements for private businesses, saying that delaying the implementation of the policy could cost many lives.

The Justice Department told the U.S. Court of Appeals for the Sixth Circuit that “the threat to workers is ongoing and overwhelming.”

“Simply put, delaying the standard would likely cost many lives per day, in addition to large numbers of hospitalizations, other serious health effects, and tremendous expenses,” the Justice Department argued in its motion. “That is a confluence of harms of the highest order.”

The United States is reporting about ninety-five thousand new infections daily on average—an increase of fourteen percent compared to the week prior, according to the latest data from Johns Hopkins University. Moreover, about fifty thousand Americans are currently hospitalized with the virus, which is a six-percent rise from last week.

Ethen Kim Lieser is a Washinagton state-based Science and Tech Editor who has held posts at Google, The Korea Herald, Lincoln Journal Star, AsianWeek, and Arirang TV. Follow or contact him on LinkedIn.