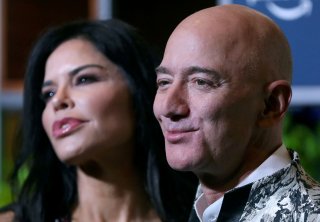 At close on Thursday, Amazon was trading at $3051.88 a share, and had a market capitalization of about $1.522 trillion, making it the third most-valuable company in the world, behind only Apple and Microsoft. Amazon, like Apple, is now worth more than the entirety of all of the public companies in South Korea combined.

After the bell, Amazon released Q2 quarterly numbers which were well above analyst expectations, as the pandemic continued to fuel a great deal of e-commerce shopping. The company reported second quarter revenue of $88.9 billion, compared to analyst expectations of $81.24 billion, per Yahoo Finance, while the company’s GAAP earnings per share of $10.30 easily bested the estimate of $1.51.

CEO Jeff Bezos claimed that the company had created over 175,000 new jobs since March.

“This was another highly unusual quarter, and I couldn’t be more proud of and grateful to our employees around the globe,” Bezos said in a statement along with the earnings release. “As expected, we spent over $4 billion on incremental COVID-19-related costs in the quarter to help keep employees safe and deliver products to customers in this time of high demand—purchasing personal protective equipment, increasing cleaning of our facilities, following new safety process paths, adding new backup family care benefits, and paying a special thank you bonus of over $500 million to front-line employees and delivery partners.”

The release came a day after Bezos testified before a Congressional committee about antitrust considerations, and other issues related to the tech industry, along with Tim Cook of Apple, Mark Zuckerberg of Facebook and Sundar Pichai of Alphabet.