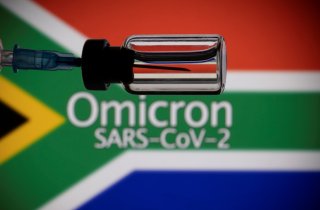 Ever since the start of the pandemic, the topic of travel bans and restrictions has been very fraught. Shortly after the pandemic began, President Donald Trump placed restrictions on travel from China in January of 2020.

It was far from a total ban, as American nationals were allowed to return from China, while Trump would claim that the action saved “millions” of lives. A couple of months after that, the Trump administration also announced a 30-day travel ban on those who had visited most of Europe.

Last month, after the Omicron variant emerged from South Africa, the Biden administration announced a travel ban for eight countries in southern Africa: South Africa, Botswana, Zimbabwe, Namibia, Lesotho, Eswatini, Mozambique, and Malawi. The ban was put into place, per CNN, on the advice of Dr. Anthony Fauci and the Centers for Disease Control and Prevention (CDC), although it soon became clear that it wasn’t stopping the spread of the fast-moving Omicron variant, and that there's a chance Omicron didn't actually originate in South Africa, although that’s where the first case was identified.

President Joe Biden said earlier this week that he was considering dropping the Africa travel ban, and now it’s official that it will be “eased,” beginning December 31, a White House spokesperson confirmed to Politico.

“On Dec. 31, @POTUS will lift the temporary travel restrictions on Southern Africa countries. This decision was recommended by @CDCgov," White House spokesman Kevin Munoz said on Twitter this week. “The restrictions gave us time to understand Omicron and we know our existing vaccines work against Omicron, esp boosted.”

“We put the travel ban on to see how much time we had before it hit here so we could begin to decide what we needed by looking at what’s happening in other countries,” Biden said in a press briefing earlier this week. “But we’re past that now.”

Speaking of travel, several U.S. airlines have begun to cancel flights ahead of Christmas, including Delta and United Airlines. A total of 2,000 flights had been canceled worldwide on Christmas Eve, including hundreds in the United States, per CNN, many of them because crew and staff have called out due to Omicron infections.

"The nationwide spike in Omicron cases this week has had a direct impact on our flight crews and the people who run our operation,” United Airlines said in a memo obtained by the news network. That airline, per the CNN report, had canceled 170 flights, which consisted of about 9 percent of its overall schedule. Delta, meanwhile, canceled 130 Christmas Eve flights.

"Delta people are working hard to get them to where they need to be as quickly and as safely as possible on the next available flight,” that airline said in a statement.