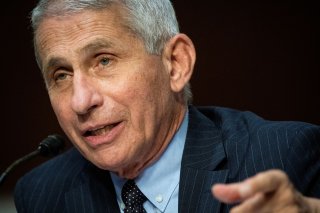 White House coronavirus advisor Dr. Anthony Fauci has stated that he is “not particularly concerned” about the potential safety risks of Moderna’s new coronavirus vaccine.

The company’s vaccine, which entered a large Phase 3 human trial on Monday, taps into new technology to battle the contagion. It makes use of messenger ribonucleic acid, or mRNA molecules, to trigger an immune response that targets the contagion.

Scientists are hoping that an individual’s immune system will eventually be able to recognize and destroy the virus. Such technology, however, has never been used to create an effective vaccine before.

“It’s a novel technology. We are certainly aware of the fact that there’s not as much experience with this type of platform as there are with other standards,” Fauci, the director of the National Institute of Allergy and Infectious Diseases, said during a conference call alongside National Institutes of Health Director Dr. Francis Collins.

“I’m not particularly concerned, but I don’t want a lack of severe concern to get in the way that we are keeping an open mind to look for any possible deleterious effects as we get into and through the Phase 3 trial.”

Scientists could conclude whether Moderna’s vaccine works as early as October but will likely release complete human trial results by November.

“Obviously, we would like to see it much, much higher,” he said.

Last week, Fauci said that it is highly unlikely that the novel coronavirus will ever be eradicated. It is, however, possible for world leaders and public health officials to work together to bring the virus down to “low levels.”

“I think with a combination of good public health measures, a degree of global herd immunity and a good vaccine, which I do hope and feel cautiously optimistic that we will get, I think when we put all three of those together, we will get control of this—whether it’s this year or next year. I’m not certain,” Fauci said during a webinar with the TB Alliance.

There are now more than 16.5 million confirmed cases of coronavirus worldwide, including at least 654,000 deaths, according to the latest data from Johns Hopkins University.