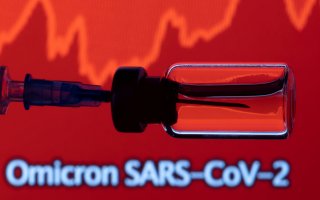 Medical experts from both the United States and the World Health Organization are now warning nations that the omicron coronavirus variant—which was first detected in southern Africa last week—poses “very high” global risk and will likely continue to spread across countries.

“The likelihood of potential further spread of omicron at the global level is high,” the WHO noted on Sunday in a preliminary technical brief.

“Omicron has an unprecedented number of spike mutations, some of which are concerning for their potential impact on the trajectory of the pandemic. If another major surge of COVID-19 takes place driven by omicron, consequences may be severe,” according to the technical brief.

Scientists, however, have cautioned that it is still unclear whether the variant is more deadly than other versions of a virus that has killed more than five million people worldwide amid the nearly two-year-long pandemic.

The organization also recommended that governments worldwide should engage in efforts to enhance their ability to sequence coronavirus variants, immediately report any local cases of the omicron variant, and speed up their respective vaccination drives.

“Omicron’s very emergence is another reminder that although many of us might think we’re done with COVID-19, it’s not done with us,” Tedros Adhanom Ghebreyesus, the director-general of the WHO, told a special session of the World Health Assembly.

The fast-spreading variant already has been detected in several countries, including the United Kingdom, Portugal, the Netherlands, Italy, Germany, Belgium, Canada, Australia, Israel, and Hong Kong.

The extent of the actual spread of the variant, though, is still unclear, as new cases are being discovered each day. There still hasn’t been a case detected in the United States, but White House chief medical advisor Dr. Anthony Fauci and other leading experts have sounded the alarm that the variant could already be spreading in some states.

If the omicron variant is already in the United States, then it has likely spread across state lines as U.S. airlines over Thanksgiving week had some of their busiest days since before the coronavirus was declared a pandemic.

The Transportation Security Administration has confirmed that it screened nearly 2.5 million people on Sunday—the highest tally seen since February 15, 2020. From November 22 through Sunday, 14.4 million people passed through TSA checkpoints, which was more than double the 6.4 million witnessed last year.

As for international travel, the Biden administration is temporarily banning visitors from South Africa and seven other southern African nations, a decision that comes less than a month after it lifted pandemic rules that barred travelers from South Africa, the United Kingdom, and more than thirty other countries.