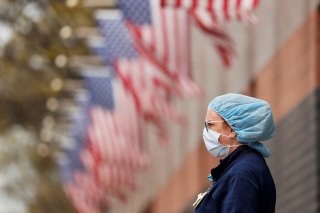 There is no scientific evidence that the virus that causes the coronavirus was bioengineered. However, that does not mean that humans do not bear some responsibility for this pandemic. Human activities such as disrupting environmental habitats, promoting the mixing of species in venues such as the wet market in Wuhan, and experimenting with pathogens in laboratories all present windows of vulnerability.

To address this, America needs to have a new approach to biosafety and biosecurity that addresses the full range of biological threats that humankind and the global environment will face in the future.

Biological outbreaks have been a fear among experts for decades. The ever-increasing encroachment upon natural habitats has resulted in zoonotic disease spillover to humans. Recent examples include Rift Valley Fever, Severe Acute Respiratory Syndrome (SARS), pandemic influenza H1N1 2009, Yellow fever, Avian Influenza (H5N1), Avian Influenza (H7N9), Ebola, West Nile virus, the Zika virus and the Middle East Respiratory Syndrome coronavirus (MERS-CoV). In fact, thirty new human pathogens have been detected in the last three decades, 75 percent of which have originated in animals. The latest, of course, is the SARS-CoV-2, which causes the coronavirus.

The viruses and related diseases are not necessarily new but the spillover to humans appears to be occurring with increasing frequency. These viruses are unfamiliar to human immune systems and therein lies the problem. In some instances, a new virus can be completely harmless, while in others it can be devastating. When further propagated by global supply chains, what previously might have been isolated pockets of disease turn into global concerns—and in the case of the coronavirus, a global pandemic.

The difference in severity is often because of small variances in the viral genomes. Consider, for example, the three coronavirus outbreaks—SARS, MERS and COVID-19.

SARS originated in China in 2002 and spread to about two dozen countries, infecting over eight thousand and killing 774. MERS originated in Saudi Arabia and spread to twenty-seven countries, infecting almost twenty-five hundred people and killing over 850. To date, official reports indicate that the virus that causes the coronavirus has infected more than three million people and caused over two hundred thousand deaths. As these data indicate, the coronavirus is far more infectious but also seems to be far less virulent than its more deadly coronavirus relations.

Changes to the viral genome can be caused by an antigenic shift where two viruses can combine to form a new viral subtype, or by antigenic drift caused by mutations resulting from errors that occur as the virus replicates. Thus, while all three coronaviruses seem to have originated in bats, their variances may be due to changes incurred as the virus passed through intermediate hosts such as civets for SARS and camels for MERS. At present, it remains unclear if the coronavirus involved pangolins as an intermediate species or passed directly to humans.

Lab experiments are essential to understanding these pathogens. To be sure, throughout human history, countless lives have been saved as a result of laboratory research. And such science is absolutely necessary to protect not just human lives, but all living organisms, including animals and plants, and to better understand and shield the fragile biological ecosystems. But any such research should be conducted in settings that acknowledge and control the risks associated with agents capable of epidemic and pandemic spread. This is critical to upholding the ethical obligations of balancing benefits, burdens and harms of research.

Biosafety and biosecurity measures are routinely used to monitor and control work done in the biological laboratories in the United States and most other nations. Biosafety ensures that workers are protected from pathogens. Based on the risk posed by the pathogen being studied, defined biosafety levels specify the procedures and containment equipment necessary. Biosecurity measures ensure that pathogens are not inadvertently being released into the environment and are protected from those who might seek to use them for illegitimate purposes. As the U.S. Department of Agriculture states, biosecurity is about keeping “viruses, bacteria, funguses, parasites and other microorganisms—away from birds, property, and people.”

Over the years, key biodefense issues have gotten reduced attention—and that needs to change. As the coronavirus demonstrates, the potential exists for similar events in the future. By rethinking its approach to biosafety and biosecurity, America can reduce that risk.

So while the terms biosafety and biosecurity have been generally associated only with laboratory efforts, America should consider a broader approach—one that includes the global biological ecosystem. References such as the Biosafety in Microbiological and Biomedical Laboratories define protocols for working with pathogens in laboratories. A complementary volume should be developed that outlines how to prevent, prepare for, respond to and mitigate the effects of human activity that encroaches upon natural habitats and promotes the perilous mixing of species and their diseases.

Failure to implement and follow such biosafety and biosecurity approaches, both in laboratories and in the natural environment, could result in ever more coronavirus-like pandemics that threaten humanity with increasing regularity and dangerous consequences.

Daniel M. Gerstein works at the nonprofit, nonpartisan RAND Corporation. He formerly served as the undersecretary (acting) and deputy undersecretary in the Science and Technology Directorate of the Department of Homeland Security from 2011–2014.

James Giordano is a professor in the departments of neurology and biochemistry, and a Senior Scholar of the Pellegrino Center for Clinical Bioethics at Georgetown University Medical Center. He formerly served on the Department of Health and Human Services Secretary’s Advisory Committee for Human Research Protections.