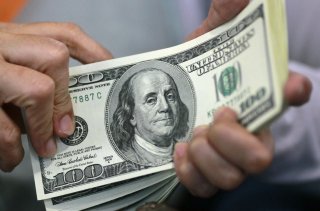 California Gov. Gavin Newsom and state legislators earlier this year announced a new plan to send $600 and $1,200 one-time payments to 5.7 million eligible residents in that state, a plan known as the Golden State Stimulus.

On Monday, Newsom announced an additional plan, called the California Comeback Plan. With a price tag of $100 billion, the plan is described in the governor’s announcement as “the biggest economic recovery package in California’s history.” It includes $12 billion in direct cash payments.

Newsom characterized the plan, on Twitter, as California “expanding the Golden State Stimulus to middle class families -- creating the biggest state tax rebate in US history.”

The plan was announced as Newsom faces a potential recall by Republican opponents. The opponents of Newsom in the race include businessman John Cox and former Olympian-turned reality TV star Caitlyn Jenner.

“California’s recovery is well underway, but we can’t be satisfied with simply going back to the way things were,” the governor said.

“We are tripling the Golden State Stimulus to get money in the hands of more middle-class Californians who have been hit hard by this pandemic. Two in three Californians will receive a checkfrom the state and more than $5 billion in aid will be made available to those who need help paying their rent or utility bills.”

The proposal, per The Wall Street Journal, “would send $600 tax rebate checks to households making up to $75,000 and an additional $500 to families if they have children.”

The Newsom proposal, per ABC 7, will also offer rent and utility relief to many Californians.

How will it be paid for? According to ABC, it will be funded by the state’s $75.7 billion operating budget surplus, with the remaining money coming from the federal government.

"Everybody should be back in the fall and in-person instruction safely in fact, our budget will reflect even more support than the previous support that has been provided for health and safety," Newsom said, per ABC.

The payments to Californians will join those being sent out to the entire country by the federal government, as part of the American Rescue Plan. Those checks are continuing to roll out on a weekly basis, with about 1 million checks arriving in the latest round last week.

There have been calls for a fourth round of stimulus checks, although it’s unlikely that the Biden Administration will decide to pursue such a course of action. The administration’s next big legislative packages, the American Jobs Plan and American Families Plan, both contain large amounts of aid, but neither contains full-on stimulus checks for all or most Americans.