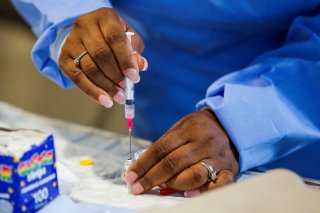 The Los Angeles County Department of Public Health on Monday confirmed that a person with a compromised immune system has died of monkeypox in what is believed to be the first U.S. fatality from the virus, NBC News reported.

“Persons severely immunocompromised who suspect they have monkeypox are encouraged to seek medical care and treatment early and remain under the care of a provider during their illness,” the department wrote in a statement, without disclosing any further details, such as the deceased individual’s age, gender, or city of residence.

Health officials are still investigating the death of a person in Texas who was infected with the virus. When the death was reported on August 29, the Texas Department of State Health Services said that the patient was diagnosed with monkeypox and was “severely immunocompromised.” However, it is not yet known whether the virus was the cause of death.

Roughly four months into the global outbreak—which the World Health Organization (WHO) declared to be an international emergency in July—there are more than 59,000 cases across 102 countries, according to the latest data compiled by the Centers for Disease Control and Prevention (CDC). Here in the United States, there are more than 22,000 monkeypox infections across all fifty states.

“We likely will continue to see cases for a long time to come,” Dr. Rita Singhal, chief medical officer for the LA County Department of Public Health, said during a recent media briefing, per the Los Angeles Times.

“But at least the current high number that we’re seeing, we are hoping to see that that will go down,” she continued.

Meanwhile, the Biden administration is continuing to ramp up its monkeypox vaccination drive across the country. To date, more than 800,000 vaccine doses have been shipped out and 350,000 doses have been administered, according to CDC data.

“We continue to do everything we can to make the vaccine and therapeutics needed to respond to monkeypox available to jurisdictions as quickly as possible,” Department of Health and Human Services Assistant Secretary Dawn O’Connell said in a release.

Health officials are also providing more resources to local jurisdictions to help transition to a new type of injection to stretch out vaccine supply. Last month, the U.S. Food and Drug Administration (FDA) issued an emergency use authorization that allows healthcare providers to split vaccine doses in hopes of immunizing up to five times as many people against the disease.