Can Hydroxychloroquine Damage Your Eyes? 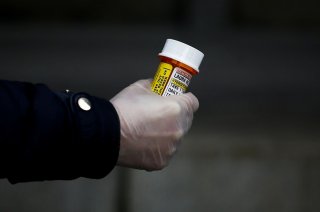 Recent testing of hydroxychloroquine to treat COVID-19 has been a mixed bag so far. With few other treatment options available, however, doctors are willing to try out this particular drug, which has been highly touted by the Trump administration.

What can’t be ruled out is the damage the drug could inflict on one’s eyes after prolonged use.

Hydroxychloroquine is a drug that helps regulate and improve your immune system’s ability to fight off infection, and is often used to treat malaria and autoimmune diseases like lupus or rheumatoid arthritis. According to the Johns Hopkins University Lupus Center, the drug has been shown to improve an array of symptoms, such as muscle and joint pain, skin rashes, inflammation of the heart and lung linings, fatigue and fever.

What has been known after six decades of use is that hydroxychloroquine can have dangerous side effects—namely eye injury. In fact, although it is safe for most of the public to use, the drug has been shown to cause some sort of eye damage, minor or major, in up to 7 percent of patients.

More specifically, tests have proven that hydroxychloroquine can harm your retina, eventually causing partial or full blindness. According to the American Academy of Ophthalmology, between 1 and 2 percent of patients have developed retinal problems during a five-year course of hydroxychloroquine treatment.

Because of these alarming findings, doctors have recommended that people get regular eye exams when they’re taking the drug.

Hydroxychloroquine is generally considered safe for treatment of malaria and autoimmune diseases, and an estimated 90 percent of people won’t experience any side effects if they take the drug.