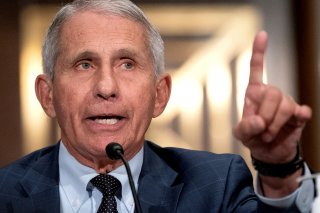 A new study conducted by the U.S. Centers for Disease Control and Prevention is suggesting that the unvaccinated are nearly thirty times more likely to be hospitalized with coronavirus than those who have been inoculated.

The eye-opening research—which was published in the CDC’s Morbidity and Mortality Weekly Report and based on data culled from Los Angeles County between May and July—further revealed that the unvaccinated are nearly five times more likely to be infected with the virus than those who already have been vaccinated.

“These infection and hospitalization rate data indicate that authorized vaccines were protective against SARS-CoV-2 infection and severe COVID-19 during a period when transmission of the Delta variant was increasing,” according to the study.

“Efforts to increase COVID-19 vaccination, in coordination with other prevention strategies, are critical to preventing COVID-19–related hospitalizations and deaths,” the study continued.

Calls to Get Vaccinated

CDC Director Dr. Rochelle Walensky noted during a White House press briefing on Tuesday that the findings prove “if you are not yet vaccinated, you are among those at highest risk.”

“Do not underestimate the risk and serious consequences of this virus,” she added. “Vaccines are the best tool we have to take charge of this pandemic.”

On Monday, President Joe Biden also expressed his desire to have more Americans vaccinated. “Let me be clear: There are cases where vaccinated people do get COVID-19, but they are far less common than unvaccinated people getting COVID-19. And most importantly, their conditions are far less severe,” Biden said during his speech.

Currently, nearly 52 percent of the U.S. population is fully vaccinated, while about 62 percent have had at least one shot, according to data compiled by the CDC.

In recent weeks, new coronavirus cases are largely being driven by the Delta variant, which was first detected by scientists in India last fall. The Delta variant has already spread to more than one hundred forty countries and has become the dominant strain in the United States, representing more than 95 percent of all sequenced cases, according to the CDC.

The current seven-day average of daily new coronavirus cases now stands at roughly one hundred forty-seven thousand—which is more than ten times higher compared to just two months ago and about 13 percent higher compared to the week prior, according to the latest data by Johns Hopkins University.

During a recent interview with CNN’s Anderson Cooper, White House chief medical advisor Dr. Anthony Fauci contended that there is a possibility that the United States could get the pandemic under control by spring.

If “the overwhelming majority of the ninety million people who have not been vaccinated” now get inoculated, then “I hope we can get some good control in the spring of 2022,” the head of the National Institute of Allergy and Infectious Diseases said.