CDC and WHO at Odds Over Airborne Transmission of Monkeypox 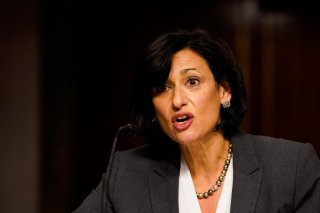 The Centers for Disease Control and Prevention (CDC) has stated that some people recently diagnosed with sexually transmitted diseases (STD) might also be carrying the monkeypox virus.

The agency also advised healthcare providers to watch and test for STDs since the monkeypox virus can appear similar to STDs such as syphilis, herpes, gonorrhea, and chlamydia infections.

“It’s important to be aware that monkeypox cases may present similar to some sexually transmitted infections and could be mistaken for other diagnoses,” CDC Director Rochelle Walensky told reporters on Friday, per CNBC.

“Healthcare providers should not rule out monkeypox just because a patient has another diagnosis or another STI,” she continued.

According to the CDC, more than 1,300 monkeypox cases have been reported worldwide, and the United States has seen at least forty-five cases across fifteen states and Washington, D.C. There have been no deaths reported so far.

The recent surge in monkeypox cases is highly unusual because they are occurring in North American and European countries where the virus is not endemic. Monkeypox typically occurs in the Central and West African rainforests where animals that carry the virus live. Animal hosts can include a range of rodents and non-human primates.

According to the CDC, monkeypox generally begins with symptoms similar to the flu, including fever, headache, muscle aches, chills, exhaustion, and swollen lymph nodes. The disease can then progress to a painful rash that spreads all over the body. Most patients, though, have been shown to recover in two to four weeks without specific medical treatment.

The virus spreads most easily through open contact with the sores of an infected individual, although it can also spread through contact with materials that have the virus on them, such as shared bedding and clothing. According to Dr. Raj Panjabi, who leads the White House pandemic preparedness office, airborne transmission of monkeypox has not yet been reported.

Per the New York Times, CDC officials have pushed back against the notion that the virus can spread through the air. While the virus can be transmitted through respiratory droplets expelled by an infected patient who comes into contact with another individual, CDC officials say it cannot linger in the air over long distances.

Other experts and the World Health Organization (WHO) have acknowledged that “short-range” airborne transmission of the virus appears to be uncommon, but the possibility still warrants necessary precautions.

“Airborne transmission may not be the dominant route of transmission, nor very efficient, but it could still occur,” Linsey Marr, an expert on airborne viruses at Virginia Tech, told the Times. “I think the WHO has it right, and the CDC’s message is misleading.”