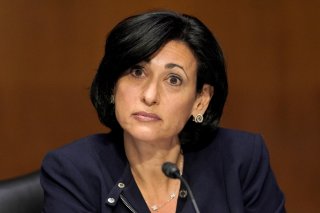 Amid mounting criticism from health experts regarding the handling of fast-rising monkeypox cases seen across the country, Dr. Rochelle Walensky, director of the Centers for Disease Control and Prevention (CDC), is continuing to defend her agency’s work.

In a statement seen by CNN, Walensky said that the criticisms are “misinformed and off base,” although she admitted that “it is true that we have work to do—here and internationally—and are likely to see more monkeypox cases in the near term.”

However, “it is possible to significantly decrease the number of cases and contain the current monkeypox outbreak through education and increased testing and access to vaccines—all priorities we've made dramatic progress on,” she continued.

The health agency has already confirmed more than 2,100 monkeypox infections across more than forty states and acknowledged that it expects the outbreak to grow considerably due to the fact that symptoms of the virus generally start within three weeks of exposure. Individuals who don’t yet know that they are infected will likely seek medical attention and get tested in the coming weeks.

Globally, there are more than 14,500 cases of monkeypox across seventy countries.

In an interview Sunday on CBS News’ Face the Nation, Dr. Scott Gottlieb, former commissioner of the U.S. Food and Drug Administration (FDA), took time to criticize the slow federal response to the ongoing monkeypox outbreak.

“The window for getting control of this and containing it probably has closed, and if it hasn't closed, it's certainly starting to close,” warned Gottlieb, a physician who worked at the FDA under former Presidents Donald Trump and George W. Bush and now serves on the board of Pfizer.

Gottlieb also contended that testing needs to be ramped up further and expanded beyond the gay and bisexual community. “It's a fact that there's cases outside that community right now,” he said. “We're not picking them up because we're not looking there. This has spread more broadly.”

“We don't know the scope and the potential of it yet, but we have to act like it will have the capability of spreading much more widely than it's spreading right now,” he said.