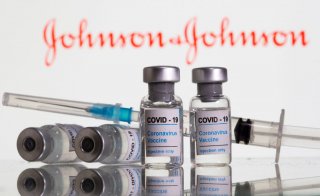 The U.S. Centers for Disease Control and Prevention has confirmed that fewer than six thousand cases of the novel coronavirus have been found among fully vaccinated Americans.

The figure represents only 0.007 percent of the eighty-four million individuals in the United States with full protection against the contagion.

“With any vaccine, we expect such rare cases, but so far out of more than eighty-four million people who were fully vaccinated, we have only received reports of less than six thousand breakthrough cases,” CDC Director Dr. Rochelle Walensky said in a press briefing.

“Although this number is from forty-three states and territories and likely an underestimate, it still makes a really important point—these vaccines are working. Of the nearly six thousand cases, approximately 30 percent had no symptoms at all. This is really encouraging news. It demonstrates what we’ve already discussed about these vaccines. They also help prevent you from getting seriously ill,” she added.

CDC’s recently released data showed that among the breakthrough infections, just under four hundred people were hospitalized and seventy-four died.

To date, roughly half of all American adults have received at least one dose of a coronavirus vaccine. But some people fear that the recent distribution halt of Johnson & Johnson coronavirus vaccines due to a potentially lethal blood-clotting disorder may add to vaccine hesitancy in the country.

White House chief medical advisor Dr. Anthony Fauci on Monday said it was “disturbing” that some Americans won’t take a vaccine because of political reasons, adding that the “easiest” way to end the ongoing pandemic is to get as many people as possible inoculated.

“It’s almost paradoxical that they don’t want to get vaccinated,” the director of the National Institute of Allergy and Infectious Diseases said in an interview on CBS This Morning.

Meanwhile, former Food and Drug Administration chief Dr. Scott Gottlieb said that the United States will witness a significant reduction in new coronavirus cases in the weeks ahead.

“I think we’re going to start to see the pandemic rollover in the United States, in terms of cases coming down,” he said in an interview on CNBC’s Squawk Box.

But “we’re still going to have outbreaks in some parts of the country. . . . I think you’re going to start to see cases come down quite dramatically as we get into May,” he added.