CDC: Seniors Over 75, Frontline Workers Next in Line for Coronavirus Vaccine 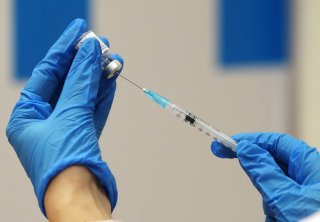 An advisory panel for the U.S. Centers for Disease Control and Prevention has recommended, by a vote of thirteen to one, that the next two groups of Americans to receive the coronavirus vaccine should be those seventy-five and older and frontline essential workers.

The so-called Phase 1b group is estimated to include about forty-nine million people, or nearly 15 percent of all Americans, according to the Advisory Committee on Immunization Practices (ACIP).

According to the committee, these workers “are in sectors essential to the functioning of society and are at substantially higher risk of exposure” to the novel coronavirus.

“I would like to note that the persons seventy-five years and older represent 8 percent of the population, 25 percent of hospitalizations and have a very high death rate,” Dr. Katherine Poehling, a member of the ACIP, said after the vote on Sunday.

The ACIP also recommended that Phase 1c should include individuals between the ages of sixty-five and seventy-four, those between sixteen and sixty-four who have high-risk underlying conditions, and the remaining essential workers. This group represents roughly 129 million Americans, about a third of the country’s population.

As for underlying conditions, they can include obesity, cancer, and smoking, among others.

“To date, more than 240,000 health-care workers have contracted COVID-19 and 858 have died. According to estimates, deaths in long-term care facilities account for 40 percent of all COVID-19 deaths nationwide,” the CDC said in a statement.

Current projections point to the United States having enough vaccine doses for twenty million people in December, thirty million in January, and fifty million in February.

“We are faced with the situation, at least in the short term, where we have a limited supply of vaccine available to us,” Dr. Nancy Messonnier, director of the CDC’s National Center for Immunization and Respiratory Diseases, said before ACIP’s vote.

“What that means is that there will be difficult choices about who gets that vaccine first.”