China Should Embrace a Coronavirus Investigation. Here's Why. 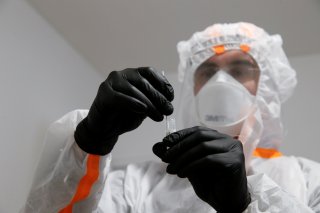 The world is in the midst of one of its greatest challenges: Every country is dealing with the COVID-19 pandemic, requiring both domestic mobilization and international cooperation. It is a difficult task, but we will get through it. Nevertheless, everyone will agree that we do not want to have to go through this again. In order to avoid another pandemic on this scale, we need to understand how this one started and what actions were most effective in fighting it. That means we need investigations of both the origins of the virus and the various governmental responses.

There have been reports that the Chinese government is wary of such investigations. A Chinese foreign ministry spokesman called a proposal for a WHO inquiry “political manipulation and interference in the international collaboration” to counter the pandemic. And there have been indications that China may be using its economic leverage to discourage Australia from pushing for an investigation.

These concerns from China are misguided. The Chinese government needs to recognize that there will be investigations of these issues: When major catastrophes happen, people investigate the causes. (The United States government studied its own swine flu response here.) The proper response is not to worry about whether a particular investigation will be biased against China. Instead, China should recognize that there are legitimate reasons for such investigations, and it should actively carry out its own inquiry and publish the results. It should also be prepared to share information with others to ensure that the investigations are comprehensive and accurate.

One of the most important reasons to investigate is to understand the precise origins of the virus, in terms of how it was transferred to humans. Scientists are still actively investigating the virus’s progression, in order to have a clearer picture of what happened. It is known that China was the origin of the virus, but there is some uncertainty about the specific area within China and the source of the transfer to humans. Future viruses could come from anywhere. In order to reduce the probability of this happening again somewhere in the world, we need to understand exactly how this outbreak started and apply the lessons learned to help prevent something similar in the future.

Another key issue to be studied is the governmental response. There is a lot of talk right now about which countries are doing best, but the honest answer is that it is too early to tell what the right long-term approach was. When this is all over, we will be able to evaluate the actions that each country took and determine what worked and what did not. It is unfortunate that everyone was put to the test, but now we have useful data on all the responses. Let's sort through it to develop guidelines for the future.

How many investigations should or will there be, and by whom? It is hard to say, and some of these efforts could be duplicative. But this pandemic has caused death and economic destruction on a scale not seen before, so a bit of overkill here is fine. Every country should take a close look at these issues, so as to improve its capabilities in this area. And investigations by international organizations and NGOs would be helpful too. There is a wide range of aspects of the problem that need to be considered, and many different organizations can play a useful role.

Will some of the investigations be biased, with the aim of portraying China unfairly? Perhaps this will be the goal of some groups, and investigations led by these groups may be driven by a specific agenda rather than based on facts. But that is all the more reason for China to participate constructively in the effort. The right response is not to try to avoid scrutiny. Rather, it is best for China to actively investigate on its own and make the relevant information public. If other investigators push for additional information, China should engage with those requests in good faith.

Investigations of the pandemic's origins and governments' responses are coming. Rather than protest against this process, China should embrace it. These investigations are necessary to try to prevent, or at least to lessen the impact of, future pandemics. That is in everyone's interest, including China's.