Confused About Where to Get Public Health Guidance on the Coronavirus? You’re Not Alone. 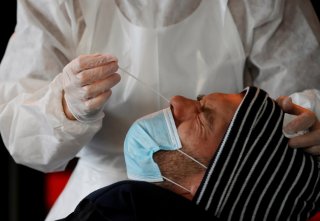 We’re ten months into the worst public health crisis of the twenty-first century and two of the nation’s most reputable medical and public health institutions, the Centers for Disease Control and Prevention (CDC) and the U.S Food and Drug Administration (FDA) continue to lose credibility due to the fallout from political interference. A recent example was CDC updating its testing guidelines to state those with no symptoms, even those known to be exposed to an infected person, do not need to get tested for the coronavirus. This change is not based on current science or evidence, which shows that those with no symptoms can still transmit the virus to others and often make up 40 percent of the coronavirus cases. Not testing this group would undoubtedly propagate the spread of the coronavirus and enable super-spreading events. The FDA on the other hand has touted the effectiveness of convalescent plasma, which hasn’t been rigorously tested or proven. Additionally, the FDA is grossly misrepresenting data on the efficacy of the treatment. CDC later reversed its position, amid speculation of improper political pressure, and the FDA walked back its claim of dramatic benefit to relative risk reduction—but the damage was done.

We look to institutions like the CDC and FDA to guide us, but when they flip on a dime to change their advice one way and then back again, they lose credibility. When the guidelines flicker back and forth over time, people tend to pick the guidelines that support whatever they want to hear. Trust, which is so hard to gain, evaporates quicker than a spilled soda on a summer sidewalk.

Let’s take the 2016 Zika pandemic as an example. Initially, it was thought the infection occurred mainly through mosquito-borne transmission. It took nearly two months from the time Zika was declared a Public Health Emergency of International Concern by the World Health Organization in February 2016 for transmission via the sexual route to become established fact, rather than suspected, leading to targeted interventions to prevent sexual transmission. It was nearly a month later that the Zika virus was confirmed to be a cause of microcephaly and other severe fetal brain defects. By this time, the transmission was already documented in 64 countries and territories around the world with over 7,015 cases reported in Brazil alone of microcephaly and/or central nervous system (CNS) malformations. The Zika Action Team continuously had to update its plans as new information was being learned and public health guidance evolved. With outbreaks, when you are learning something new every day, you’re often building the bridge as you walk across it. The pandemic is like that, but to a degree that none of us have ever experienced.

But if you’ve seen one pandemic, well, then you’ve seen only one pandemic; each pandemic is different and requires its own response. Each contagion can be very different in terms of transmission, contagiousness, sequelae and much more, and as we learn more about these we get better at dealing with them. But the core elements we all rely on, outbreak after outbreak, are coordination, collaboration and communication from public health and medical institutions to provide updated scientific literature, clinical and public health guidance and treatment options. We trust these institutions to provide sound, science and evidence-based guidance. Lives literally depend on it. If decisions are made based on politics and knee-jerk reactions, then it is U.S. citizens who ultimately pay the price. When we politicize our public health and medical institutions it’s not only dangerous, it threatens to become a source of medical and public health negligence and even malpractice. The core of every public health response is transparency, trust and truthfulness. When we do one and not the other, we fail. When we do all three, we succeed.

Remember that the virus doesn’t care about what we want to hear. So how do we get to what we need to hear? How do we get information that can be trusted?

If the CDC and FDA have stepped away from the plate, then who else should we turn to for public health guidance? The output of these renowned public health and medical institutions still matters. The reports of the CDC’s MMWR (reportedly targeted by political appointees) remain essential. But headline guidance should be considered within a layer of fact-checking from the consensus of the scientific community, and other public health institutions outside the United States should be looked to for comparison and contrast. While the agency’s leadership may be making decisions on behalf of the institution, be it based on actual science or politics, there is still a whole workforce of talented, career scientists that have spent years on epidemic preparedness who deserve our respect and admiration.

Local public health agencies are also sources that continue to be worthy of your respect. CDC guidance is just that, guidance. It is not definitive and could also be improved. States have the autonomy to make their own decisions. New York City, for example, decided not to follow CDC guidance on not testing asymptomatics—a decision the CDC quickly reversed and went back to stating asymptomatic people who have been exposed to the coronavirus should be tested. New York City stayed stay true to test-isolate-trace-quarantine, a mantra we all should be following as a nation. The first part of a successful pandemic response is that you have to take the pandemic seriously.

Although there are more sources of information than any time other time in history, sadly most of them are unreliable. Worse, most of them do not aim to educate the public; these sources only want attention for an instant on the ads that fund their existence, or worse to deliberately sow confusion. As a result, sources that do not rely on such ads are more reliable. You can also listen to how people like us digest new science, try to understand it, and then turn it into advice and patient care. We rarely listen to a solitary source of data like a single study, especially if it is what we want to hear; instead, we monitor the accumulation of data points that transform anecdote into evidence and base what we tell you on that. It’s how we work.

Syra Madad is a fellow at Harvard Kennedy School's Belfer Center for Science & International Affairs and a nationally recognized leader and epidemiologist in public health and special pathogens preparedness and response. William Hanage is an associate professor of epidemiology at Harvard University.