Coronavirus Crisis Question: How Bad Is the Delta Variant? 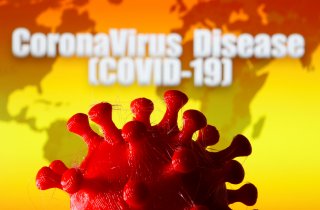 The coronavirus strain known as the “Delta variant” has emerged overnight as the most dangerous iteration of the virus to date. In recent weeks, it has rapidly climbed in terms of its share of the U.S. infection rate; it now accounts for 52 percent of new infections, according to The Washington Post.

The symptoms of the Delta variant are said to be similar to those of the original virus. Most recipients have reported the same cold-like symptoms, including a headache, coughing, a sore throat, and in some cases a fever. However, the UK’s ZOE reporting system has indicated that some symptoms common in the original virus, most notably a loss of smell, were less prevalent in Delta variant cases.

While the symptoms appear to be slightly different for the Delta variant, the Centers for Disease Control and Prevention (CDC) master list remained unchanged for all variants, without distinction between variants. The CDC list includes coughing, shortness of breath, congestion, nausea, and diarrhea, in addition to a handful of other symptoms. It clarifies, however, that its list is not exhaustive and other symptoms could occur.

Based on hospital data from the United States and the United Kingdom, the Delta variant has a significantly greater infection and death rate than its traditional cousin, particularly among unvaccinated Americans. Vaccinations, though they have not stopped infection entirely, have usually made the consequences of an infection less severe.

Consequently, the areas in the United States with the lowest vaccination rates have been hit hardest by the disease, especially in the Midwestern and Southern United States. In these areas, the Delta variant made up as much as 80 percent of the new infections. Children and younger adults appear to be at greater risk from the Delta strain; an Imperial College London study found that vaccinated adults were 2.5 times less likely to catch the disease than unvaccinated ones.

So far, fortunately, it seems that the worst effects of the Delta variant are adequately protected against by the existing vaccines. Pfizer and Moderna each had a 96 percent effectiveness rate against hospitalization, according to Public Health England. In other words, among the adults who contracted the Delta variant, only 4 percent required hospitalization. Even the AstraZeneca vaccine, which is considerably less effective against the disease and has not been approved in the United States, had a 93 percent success rate—and Johnson & Johnson claims a similar rate.

Still, to play it safe, some vaccine makers have argued in favor of a booster shot. In fact, Pfizer announced that it would pursue FDA authorization for a third dose in August.