Coronavirus Economic Comeback? Yes, GDP Is Way Up (But There Is a Catch) 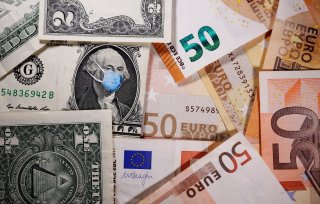 According to the estimate released Thursday morning by the Bureau of Economic Analysis, which is part of the Commerce Department, the United States’ Gross domestic product (GDP) rebounded at 33.1 percent annualized rate.

The rate, which is estimated, with a full report to follow in late November, followed a drop of 31.4 percent in the second quarter. Both are records, and both are due to the effects of the coronavirus pandemic. Quarterly gains and losses in the GDP, nearly always, are in the single digits.

“The increase in third-quarter GDP reflected continued efforts to reopen businesses and resume activities that were postponed or restricted due to COVID-19. The full economic effects of the COVID-19 pandemic cannot be quantified in the GDP estimate for the third quarter of 2020 because the impacts are generally embedded in source data and cannot be separately identified,” BEA said in the report.

In another report, also Thursday morning, the Labor Department said that 751,000 Americans filed for first-time unemployment benefits last week, a decrease of 40,000 from the week before.

The GDP gain was ahead of analysts’ expectations, per Yahoo Finance; they had predicted a 32 percent gain. The U.S. output, however, remains below where it was this time last year.

The report comes just five days before Election day in the U.S. Will the numbers have any effect on the vote, or on the stock market? That seems unlikely.

The Dow Jones Industrial Average did increase Thursday morning, despite a dip earlier in the morning. The stock market had been dropping throughout the week, on renewed concerns about increasing coronavirus cases. In addition, the U.S. Senate has adjourned, meaning that no new coronavirus aid package will be passed prior to the election.

Analysts were less than impressed.

“GDP grew at a 33.1% pace in the third quarter, but the news was greeted by a resounding ‘meh,’ said Sam Rines, chief economist of Avalon Investment and Advisory, in a note obtained by The National Interest. “Why? Because old news is good news, and it is all about the outlook - not the ‘backlook.’”

“GDP is always an intriguing glance into how the U.S. economy has unfolded. It gives a peek into the different drivers and components of growth, and where the momentum is located. And the deconstruction of the economy is useful in some ways.

“But it is purely backward looking. Most of what it tells us can be inferred from other data. The U.S. consumer was strong. Knew that,” Rines added. “Housing was strong. Knew that. That is why a 33.1% print that beats an expectation of 32% does not really matter. Old news is good news, and it does not matter. It was already known.”

Other economists had different takeaways.

“The private sector is doing much better than most people think and will continue to do so,” R. Christopher Whalen of Whalen Global Advisors told The National Interest. “ The people most vulnerable to COVID and lockdowns tend to be lower-income workers, small business, but the private sector is still recovering all on its own.

"The big negative that is coming IMHO is from the public sector. We are missing 500k people in NYC. They cannot come back. No jobs, no hospitality or tourism… NYC is headed for default no matter who wins next week. The Treasury cannot subsidize poorly managed cities and states. Because of permanent changes in location and behavior of large populations, there will be massive public and private sector layoffs in large cities in blue states no matter what. That is the problem.”