As Delta Cases Surge, So Do Demands for More Stimulus Checks 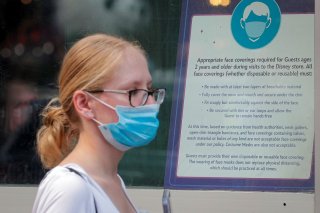 Here in the United States, where the variant was first identified just a few months ago, it is now responsible for more than 95 percent of all sequenced cases, according to the U.S. Centers for Disease Control and Prevention.

New data compiled by Johns Hopkins University is showing that the seven-day average of daily new coronavirus cases has surged to approximately one hundred forty-one thousand—which is eleven times higher compared to just two months ago and 14 percent higher compared to the week prior.

With this in mind—and the possibility that the United States will be transported back to square one in the pandemic fight—the situation has understandably made millions of still cash-strapped Americans uneasy. Therefore, it isn’t surprising to see that more and more Americans are continuing to demand more government assistance in the form of a fourth or even a fifth round of stimulus checks.

One of the more passionate calls is being orchestrated by a highly popular Change.org petition, which has already garnered more than 2.8 million signatures.

“I’m calling on Congress to support families with a $2,000 payment for adults and a $1,000 payment for kids immediately, and continuing regular checks for the duration of the crisis. Otherwise, laid-off workers, furloughed workers, the self-employed, and workers dealing with reduced hours will struggle to pay their rent or put food on the table,” says the petition that was started by a Colorado restaurant owner.

“Our restaurant community is wrestling with seeing everything we all have worked so hard for irrevocably changed. Our hearts were breaking as we watched our staff divide the ingredients in our kitchen to bring to their homes: a dismal token for employees who worked tirelessly every day. Our talented and cherished team, some of whom have been with us since we opened our doors fifteen years ago, are now without an income,” it continues.

Despite the lack of any concrete action in Washington and Congress, do take note that another round of stimulus isn’t entirely off the table.

Earlier this summer, during a White House press briefing, Press Secretary Jen Psaki told reporters that “(the president) is happy to hear from a range of ideas on what would be most effective and what’s most important to the economy moving forward.” Moreover, in a separate briefing, she essentially punted the responsibility to Congress: “We’ll see what members of Congress propose, but those are not free.”

Currently, the closest equivalent to another round of stimulus checks are the expanded child tax credits, which enable eligible parents to collect $250 or $300 for each child every month through the end of the year.