Did You Receive a Dead Person’s $1,400 Stimulus Check? 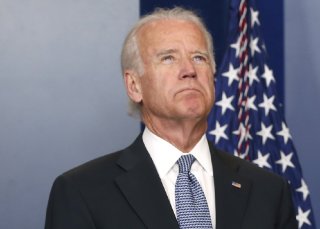 According to the Internal Revenue Service and U.S. Treasury’s latest count, nearly one hundred sixty million coronavirus stimulus checks have been sent out under the $1.9 trillion American Rescue Plan.

But amid the mad rush to fast-track the stimulus money out to cash-strapped Americans, there have been a number of reports indicating that some payments were accidentally delivered to deceased individuals.

In such a situation—if the taxpayer eligible for stimulus payments died before January 1, 2021—the IRS has given notice that spouses or relatives will need to return the funds to the agency. Know that the extra $1,400 per dependent is also not available for a parent who died before that date.

However, there is one exception: If the person who died is a married member of the U.S. military, the surviving spouse is still eligible for the stimulus payment.

For those who want to return the stimulus funds, they should write “void” in the endorsement section on the back of the check and then mail it to a local IRS location. If one decides on this route, they should also write a brief explanation stating the reason for returning the check.

If the payment was already direct deposited into a bank account, then one can send off a personal check or money order to a local IRS location. Just make it payable to “U.S. Treasury” and write “Third EIP” and personal taxpayer identification number (social security number or individual taxpayer identification number) on the check. A brief explanation stating the reason will also be needed.

According to the IRS, another group of people that needs to return the stimulus checks are nonresident aliens. In most cases, they are not considered U.S. citizens, don’t possess a green card, and often are not physically present in the United States for the required amount of time.

However, know that a lawful permanent resident with a valid Social Security number who pays taxes in the United States is entitled to the stimulus check. These particular residents are individuals who are legally residing permanently in the country as an immigrant, and they are generally given an alien registration card, also known as a green card.

Keep in mind that it is possible, though, to be a qualifying resident alien without having a green card. The IRS says that this includes people who are physically present in the United States on at least thirty-one days during the current year, one hundred eighty-three days in the past three years, including the current year, and possess a valid Social Security number. They also cannot be claimed as a dependent by another taxpaying individual.

Even as a non-U.S. citizen, know that there are still income thresholds that one must meet in order to qualify for the direct payments. Individuals who earn as much as $75,000 in adjusted gross income (AGI), or couples making $150,000—in addition to their children or adult dependents—qualify for the full $1,400 per individual. Moreover, single parents with at least one dependent who earn $112,500 or less also get the full amount.