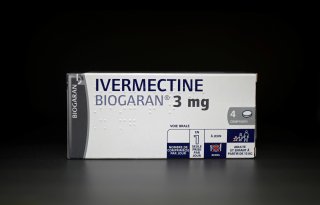 The Food and Drug Administration (FDA) repeated on Monday that ivermectin, a veterinary drug used to treat parasites in animals, was not approved as a treatment for the coronavirus and should not be taken in an attempt to prevent the disease.

While ivermectin has been approved by the FDA to treat animals, and in some cases humans, hospitals and clinics have in recent weeks had to treat Americans who ingested ivermectin intended for animals, with negative health consequences.

In April 2020, the FDA warned Americans against taking veterinary drugs, observing that these drugs were typically concentrated to account for the higher weight of the animal. "Animal drugs are often highly concentrated,” the website read, “because they are used for large animals like horses and cows, which can weigh a lot more than we do—a ton or more. Such high doses can be highly toxic in humans.”

The FDA has warned that the side effects of overdosing on ivermectin can include nausea, vomiting, abdominal pain, and hepatitis, or, in more serious cases, seizures, coma, or death. For Americans with prescriptions for ivermectin—as the drug is sometimes used to treat parasites in humans, including worms and head lice—the agency recommended taking the drug exactly as prescribed and not increasing the dosage to try to protect against the coronavirus.

The agency underlined that, while it had not firmly ruled out ivermectin as a treatment for the coronavirus, it had “not reviewed data to support use of ivermectin in COVID-19 patients to treat or to prevent COVID-19” and highlighted the dangers of taking untested drugs.

The recent concern about ivermectin was sparked in part by the Mississippi Department of Health (MDH), which put out a health alert on Friday regarding the spike of ivermectin overdoses in the state. The MDH stated that 70 percent of calls to its poison control hotline concerned ivermectin cases, the lion’s share of which involved Mississippians taking drugs intended for animals. Mississippi has the second-lowest coronavirus immunization rate in the United States, above Alabama.

Media commentators have observed parallels between ivermectin and hydroxychloroquine, an anti-malarial drug that was hyped as a treatment for the coronavirus during 2020—and which the FDA similarly cautioned against as ineffective and in some cases dangerous. At least one American died after ingesting a form of chloroquine that was intended for use as a fish tank cleaner.