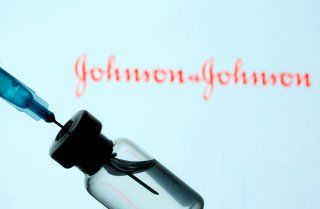 “We’ve got to get away from that chain of thought. The only way you really know the difference between vaccines is by comparing them head to head,” the nation’s top infectious disease expert said Sunday in an interview on ABC’s This Week.

“We have three highly efficacious vaccines that are safe and efficacious. That’s the bottom line.”

The director of the National Institute of Allergy and Infectious Diseases added that the new vaccine from Johnson & Johnson boasts features that “we really care about that are important,” despite showing slightly lower efficacy levels than the Moderna and Pfizer-BioNTech vaccines.

Johnson & Johnson’s vaccine was able to achieve an efficacy level of 66 percent against moderate-to-severe COVID-19, while the shots from Pfizer-BioNTech and Moderna focused on mild-to-moderate illness and showed efficacy levels of 95 percent.

“It’s got greater than 85 percent efficacy (preventing) severe disease and critical disease, and there were no deaths or hospitalizations in any of the countries that were tested,” Fauci said.

In another interview on NBC’s Meet the Press, Fauci admitted that he would have no hesitation taking Johnson & Johnson’s vaccine, which was given emergency use approval by the U.S. Food and Drug Administration over the weekend.

“If you go to a place and you have J&J, and that’s the one that’s available now, I would take it,” he said. “I personally would do the same thing. I think people need to get vaccinated as quickly and as expeditiously as possible.”

Fauci later added: “You now have three highly efficacious vaccines, for sure. There’s no doubt about that.”

Johnson & Johnson’s vaccine is different from the others currently available because it is a one-dose regimen and does not require patients to return for a second shot.

Another major advantage of the new vaccine is that it can be stored at normal refrigeration temperatures for at least three months, making its distribution across the country considerably easier compared to the other vaccines on the market.

Johnson & Johnson has announced that it has four million doses of its vaccine ready to ship immediately. About twenty million more vaccine doses will be ready by the end of March, and the company’s executives have expressed confidence that they will be able to fulfill its promise of one hundred million doses by the end of June.