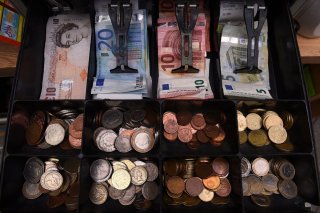 The U.S. economy has been bolstered, in the coronavirus era, by a succession of stimulus packages. Now, it’s Europe’s turn.

According to CNBC, The European Union is preparing to raise funds from public markets in order to stimulate its member nations. The EU had announced plans last July to raise 750 billion euros ($917 billion), on top of what individual countries have already sent out.

The initiative is called NextGenerationEU.

“As part of NextGenerationEU diversified funding strategy and in line with the established market practices, the Commission is setting up a Primary Dealer Network to facilitate the efficient execution of auctions and syndicated transactions, support liquidity in the secondary markets, and ensure the placement of our debt with the widest possible investor base,” the official announcement said.

According to CNBC, all of the EU nations will receive “a first disbursement of 13 percent of the total amount that’s been allocated to them in the coming months,” with the additional funds becoming available once “countries implement the necessary reforms.” Each member state has been required to put forward a recovery plan for their economy.

How will EU pay for it?

“Following the approval of the Own Resources Decision by all EU Member States, the Commission can now start raising resources to finance Europe's recovery through NextGenerationEU. To that end, the European Commission has today announced its estimates to issue around €80 billion of long-term bonds in 2021, to be topped up by tens of billions of short-term EU-Bills to cover the remaining financing requirements,” The EU said in a statement about NextGenerationEU.

“Today, we are making yet another step forward in the preparations for the first borrowing operation to finance our collective recovery via NextGenerationEU,” the European Union’s Commissioner in charge of Budget and Administration, Johannes Hahn, said in the statement. “By issuing some €80 billion of long-term bonds and using additional short-term bills this year, we will manage to cover Member States' most urgent needs and set them on the path towards a sustainable recovery and a green, digital and resilient Europe”

Bloomberg News reported that the sales will make the EU “the world’s biggest issuer of social and green debt and one of the biggest sovereign issuers with a high credit rating.”