Fauci Says Most Americans Will Get Omicron 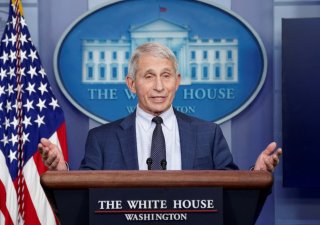 These days, it can often feel like everyone either has coronavirus or had it recently. That’s a result of the Omicron variant, which is rapidly spreading throughout the United States.

Dr. Anthony Fauci, the chief White House medical advisor, said this week that he expects most people will ultimately be reached by Omicron. “Omicron, with its extraordinary, unprecedented degree of efficiency of transmissibility, will, ultimately, find just about everybody,” Dr. Fauci said in a recent “fireside chat” with the Center for Strategic and International Studies.

Fauci was asked for his thoughts on the group of former Biden administration transition officers that recently suggested the government move past the “emergency” phase and into one of “living with the virus.”

Fauci added that while most people will be exposed to the virus during the Omicron phase, unvaccinated people will suffer the worst of it. Ultimately, Dr. Fauci said, the goal is to reach “control,” in which “getting the level of infection that causes severe disease low enough that we can incorporate this infection” is the ultimate endgame.

However, he added that while we’re not currently at the point where it’s safe to just “live with it,” we are heading in that direction.

It has been quite an eventful week for the longtime director of the National Institute of Allergy and Infectious Diseases (NIAID). Per NBC News, Fauci recently had the latest in a series of Capitol Hill dustups with Sen. Rand Paul (R-KY), a longtime critic.

During Fauci’s testimony before the Senate Committee on Health, Education, Labor and Pensions, Senator Paul criticized Fauci, who responded by blaming Paul for threats that have been directed towards Fauci’s family. This includes a heavily armed man who was arrested in Iowa in December after saying he was on his way to kill Dr. Fauci.

For a witness before Congress to accuse a senator of such things is extraordinarily rare, even in the most contentious of hearings.

During his testimony before the Senate, Fauci was also asked about a report from the controversial media outfit Project Veritas, which alleged that EcoHealth Alliance asked the Defense Advanced Research Projects Agency (DARPA) in 2018 to fund gain of function research related to bat coronaviruses. NIAID, which is directed by Fauci, went ahead with the research. Fauci denied the report before Congress, per Real Clear Politics.

"What came out last night in Project Veritas was a grant that was submitted to DARPA, then it distorted it to say we funded the grant. We have never seen that grant and we have never funded that grant,” Fauci said.

Fauci was also criticized in some quarters, and praised in others, for appearing to call Sen. Roger Marshall (R-KS) a “moron” during the hearing.