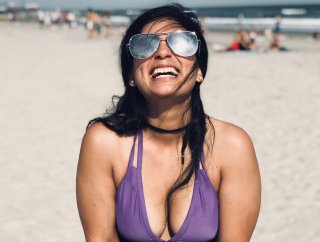 The coronavirus pandemic, among other effects on life and the economy, brought the travel and tourism industries to a near-standstill. Places and attractions were closed and traveling was restricted, and even when and where it wasn’t, many people were skittish about flying on a pre-vaccine world.

But now that vaccines are here and the pandemic appears to be receding, there are indications that travel is coming back. Judging by Google searches, anyway.

Fortune reported this week that Google data shows that search queries for resorts and hotels have reached their highest level in nearly ten years. Searches for “resort” peaked on March 21, with “hotel” peaking March 28, the Fortune report said.

Fortune cited research firm STR as stating that w hotel profits were higher in February on a per-room basis than at any point since the start of the pandemic.

The șite also quoted Henry Harteveldt, a travel industry analyst at Atmosphere Research Group, about why the searches are surging.

“It’s basically COVID revenge travel,” Harteveldt said. “We’re sick and tired of being stuck at home. As more people are vaccinated, they’re taking to the roads and skies, and hotels are benefiting.”

Harteveldt added that those booking travel are often interested in indulging themselves, because they haven’t traveled in a while, and also because many people either saved money during the pandemic or spent it on non-travel things.

The travel includes rescheduling of vacations and events that were postponed as a result of the pandemic, visits to family that weren’t possible for the past year, and other long-sought vacations that hadn’t been planned previously.

“We’re increasingly seeing people optimistic about traveling, either as soon as this spring or into the summer,” said Jeff Hurst, president of online vacation home rental site Vrbo, told CNBC. “What’s encouraging is that people are essentially putting their money where their mouth is and booking that trip.”

Vrbo recently conducted a survey of more than 8,000 people, and found that 65 percent of participants plan to travel more after the pandemic than they did before it.

PYMNTS, last month, found that Airbnb has seen inventory begin to grow, ahead of the presumed end of the pandemic.

“There are more than 5.4 million active Airbnb listings worldwide, more than double the number in 2017, according to the short-term vacation rental data and analytics firm AirDNA," the report said. "Airbnb’s inventory is also more than numerous hotel chains combined. Together, Marriott, Hilton and IHG had a total of 3.3 million units available.” Inventory was also higher this February than it was in February of last year, on the eve of the pandemic.