Fourth Stimulus Check Update May 5: Will Congress Pull the Trigger? 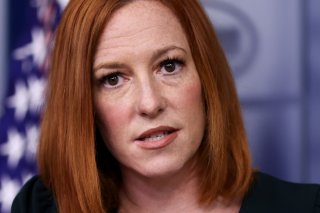 Ever since the launch of the American Rescue Plan, and its $1,400 checks, there has been a call for another round of stimulus checks, which would be the fourth since the start of the pandemic. The Biden Administration, while not taking a stated position on a fourth stimulus, has nevertheless announced priorities that don’t include such checks, with Biden’s proposed American Families Plan offering an expanded child tax credit through 2025, but not offering stimulus for everyone.

On Tuesday, the White House offered a rare public comment on the subject.

When Press Secretary Jen Psaki was asked about the possibility of a fourth round of stimulus checks in a briefing, she replied that “we'll see what members of Congress propose, but those are not free,” per Business Insider. Psaki went on to tout the plan for expanded child tax credits.

"If passed, the families of tens of millions of children will continue to get regular payments," Psaki told the press. "Obviously, we're continuing to evaluate what their needs are — to continue to get the pandemic under control, put people back to work, but we think that's a proposal with a long-term benefit."

Several members of Congress wrote a letter to the president earlier this spring, urging him to include new stimulus checks in his upcoming infrastructure projects. However, per the Business Insider story, “Congress is unlikely to back a large wave of stimulus payments anytime soon.”

The plans announced by Biden during his address to Congress last week, the American Families Plan and American Jobs Plan, are expected to be the subject of much wrangling with Congress throughout the coming months, and it is unclear if they can pass in their currently proposed form. That no fourth round of stimulus checks has been formally proposed indicates that the administration does not believe they could pass legislation to do so in the current political climate.

Meanwhile, a recent survey looked at how Americans are spending their stimulus funds. More people are using it to pay day down debt than they did when they received stimulus checks in 2020, as far fewer families are in genuine crisis mode today than they were in the opening months of the pandemic.

“Debt was the main target for Americans receiving stimulus checks in this latest round,” the LendingTree report said. “At the national level, 50% of people who received a stimulus check in March 2021 said they used or would use it on debt. In June 2020, when the first stimulus checks arrived, just 16% reported that they planned to use the stimulus to tackle debt. That equates to a 34-percentage point increase between last summer and this spring.”