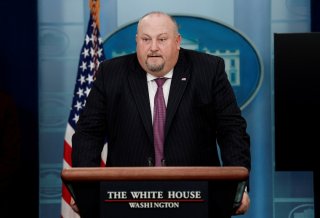 Health officials have sounded the alarm that overusing the only antiviral drug available to treat monkeypox could potentially render the pills ineffective due to mutations in the virus, according to the Associated Press.

In an online update, Food and Drug Administration (FDA) officials warned that a single molecular change to the monkeypox virus “could have a large impact on the antiviral activity of Tpoxx,” which reportedly has been prescribed to tens of thousands of patients with the virus.

Tpoxx is approved for the related smallpox virus, but its use against monkeypox is still considered experimental. The agency added that doctors should be “judicious” in prescribing the anti-poxviral drug.

The Centers for Disease Control and Prevention (CDC) on Thursday noted that Tpoxx should no longer be given to otherwise healthy adults who are not exhibiting severe symptoms. “For most patients with healthy immune systems, supportive care and pain control may be enough,” CDC officials said.

Dr. Anthony Fauci, the nation’s top infectious disease expert, said resistance is always a risk when using antiviral drugs. “That’s why we’re uncomfortable when you only have a single drug,” he told reporters.

The updated guidance comes as the CDC expressed cautious optimism about the trajectory of the roughly four-month-long outbreak, confirming that new cases have plummeted by about 50 percent since the peak last month. There have been more than 23,000 monkeypox infections across all fifty states.

Globally, there are more than 60,000 cases across 103 countries, according to the latest data compiled by the CDC. The World Health Organization (WHO) declared the outbreak an international emergency in July.

Meanwhile, the Biden administration is continuing to ramp up its monkeypox vaccinations and treatments nationwide, with the government already having shipped out about 800,000 doses of the two-shot Jynneos vaccine. To date, more than 350,000 monkeypox vaccine doses have been administered across the country, according to the CDC.

Health officials are also focused on providing more resources to local jurisdictions to help transition to a new type of injection to stretch out vaccine supply. Last month, the U.S. Food and Drug Administration (FDA) issued an emergency use authorization that allows healthcare providers to split vaccine doses in hopes of immunizing up to five times as many people against the disease.

“As we continue to make progress and vaccinate the highest-risk Americans against monkeypox, it’s critical that we make more vaccine readily available to more people,” the White House’s National Monkeypox Response Coordinator Bob Fenton said in a release.