How the Coronavirus Could Crush the U.S. Economy 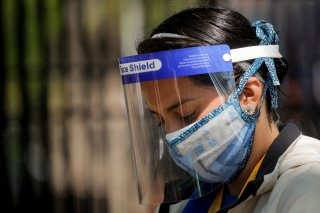 A specter is haunting the United States and world economies. It is the specter of a second wave in the coronavirus pandemic later this year. Making this specter all the more troubling is the Trump administration’s happy talk that the U.S. economy is on the cusp of a strong V-shaped economic recovery from its worst economic recession in the past ninety years.

One does not need to be a high-powered epidemiologist to know that the coronavirus pandemic is far from over. The number of new coronavirus cases worldwide is now increasing at the fastest pace since the start of the pandemic. Twenty-one states in the United States, including California, Florida, and Texas, are all now experiencing disturbing increases in infection rates. Meanwhile, even in China, where draconian measures were taken to bring the pandemic under control, new cases are now springing up around that country.

It hardly gives comfort that many epidemiologists are now warning that the overly hasty and ill-prepared lifting of lockdowns risk increasing the infection rate. Nor can we derive solace from the rising trend towards large-scale political demonstrations and gatherings where social distancing is generally observed in the breach.

It is difficult to overstate how serious a threat a second wave of the pandemic would be to the prospects for a strong U.S. recovery.

Even if a second wave were not to lead to another economically disruptive lockdown, it would have devastating consequences for key and vulnerable sectors of our service-oriented economy. Barring the early development of a vaccine, if there were to be a second wave, then people would be even less inclined to travel, stay at hotels, eat out at restaurants, and to attend conventions and sporting events. Meanwhile, the likely move to online teaching at the country’s universities would destroy the economies of many university towns.

One of the consequences of the first round of the pandemic has been to accelerate the long-run trend that was already underway to a more digitized U.S. economy and to have more people working permanently from home. A second wave would only add fuel to those trends. With more people shopping online, will we really need so many shopping malls? With more people working from home, might we not have a glut of commercial properties that will impede any recovery in construction and that will cause real estate companies to default?

A second wave of the pandemic at a worldwide level would also raise the chances that the U.S. economy would be hit by another external shock. Global supply chains on which much of the U.S. manufacturing sector has come to depend would be again disrupted.

More serious yet, the U.S. economy could be hit by an emerging market crisis on a larger scale than the earlier Asian and Latin American economic crises as well as by another European sovereign debt crisis. The emerging market economies, which have already been having to cope with a perfect economic storm of slumping international commodity prices, the reversal of capital flows, and weak external demand, would be delivered another body blow. That in turn could usher in a serious wave of emerging market debt defaults that could shake the U.S. and global financial systems to its core.

Meanwhile, the last thing that the highly indebted Southern European countries like Italy need is a second wave of the pandemic that would deepen their already deep recessions and that would place their public finances on an evermore unsustainable path. One only has to recall that the Italian economy is some ten times the size of the Greek economy to grasp how serious an Italian sovereign debt crisis might be for the U.S. economy.

We must pray that the Trump administration does not believe its own happy talk that the U.S. economy is well on its way to a V-shaped recovery. Maybe then we can hope that it is making contingency plans now as to how to respond should the economic recovery stutter or should we indeed have a second wave of the pandemic later this year.