How Coronavirus Made the Federal Reserve a Sovereign Wealth Fund 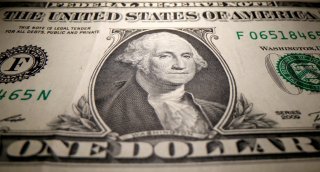 Prior to the establishment of the Federal Reserve in 1913, the American economy was considerably more unstable. The United States would alternate between boom and depression cycles on a regular basis. The lack of dependable credit stunted growth in many sectors, in particular agriculture. While there had been several attempts to create a national bank in the United States, it took the Bank Panic of 1907 to finally convince Congress to enact the legislation to create the Federal Reserve Bank in 1913.

While the Federal Reserve had been earning money through its Open Market Operations, it was not until the Great Recession began that the Fed increased its economic activity to support the American economy, that as a by-product generated more wealth for the federal government.

Due to a freeze in overnight credit markets, the Fed intervened in the private market to ensure liquidity in the private commercial repo market. A repurchase market is a form of short-term borrowing for dealers in government securities. For example, a repo dealer will sell government securities to investors. The repo dealer will then re-purchase (hence the term repo) typically within twenty-four to forty-eight hours at a slightly higher price. The one selling the repo is essentially borrowing money to meet cash reserves, and when they buy the security back, they pay a small interest charge (which is why they buy it back at a slightly higher rate) for being able to use the security as collateral. The person buying the security is essentially lending money to the repo seller and receives their commission when the repo seller buys the security back. The implicit interest rate is known as the repo rate. When it came time for the repo market to begin on September 16, 2019, however, there was a dramatic shortage of cash as the inter-bank market had dried up.

Money Market Funds began to take advantage of the lack of cash and were charging up to ten percent interest rates as opposed to the normal rate of two percent. The banks appealed to the Fed, and after initial hesitation, the Fed responded forcefully by injecting $53 billion of liquidity into the market with an additional $75 billion the next day to keep the credit markets from freezing up. This led to an increase of $400 billion in Fed intervention in four months. There is a growing trend of thought among central bankers that quantitative easing or emergency injection of cash to stabilize the repo market is becoming a permanent fixture in the international money supply market.

Since the initial injection of cash into the money supply, the Fed’s balance sheet expanded from $3.8 trillion in August of 2019 to $4.2 trillion in 2019. A side benefit is that the Fed earns money by engaging in this type of behavior and at the end of the U.S. fiscal year, the profits are deposited into the U.S. Treasury.

Faced with the unprecedented financial emergency caused by the Covid-19 virus, the Federal Reserve went into uncharted waters and began purchasing commercial bonds and paper on the open market. By purchasing these commercial bonds, grade A investment quality bonds, and lately fallen angels, the Fed will be entitled to the interest payments that these bonds pay, and has opened up a new revenue stream for the Treasury. In 2019 and 2020, the Fed respectively deposited $54.9 billion and $88.5 billion into the United States Treasury Department.

By receiving direct interest payments from these bonds, the Fed now fits all of the technical requirements to be classified as a sovereign wealth fund. With the expansion of fed activity as a result of Covid-19, the current fed balance sheet is $7.9 trillion.

The Fed has announced that it will begin to sell the private corporate bonds, estimated to be worth $13.77 billion. Instead of selling these private corporate bonds on the market immediately, the Fed will hold these bonds until they mature, guaranteeing that there will be a profit on the purchase of these bonds. The proceeds from the sale of these private bonds will be deposited into the United States Treasury, minus the initial cost of the bonds.

With the Federal Reserve acting as a sovereign wealth fund, the American government should consider taking the next step in providing a revenue stream for the American people by setting up an investment board within the Fed. Instead of depositing the profits from the Federal Reserve into the United States Treasury, the money should be invested in private bonds, securities, as well as real estate. This board would purchase equities not only in the United States, but also take equity positions in overseas companies that provide a good return on investment. The profits from this board would then reinvest the funds to grow the fund even further, and since the Fed is autonomous in its financial operations, there would be no choosing of investment instruments due to political pressure.

Richard E. Caroll is a retired economist and has been published in Real Clear Defense, International Policy Digest, and Foreign Policy News.