How to Prevent War During the Coronavirus Pandemic 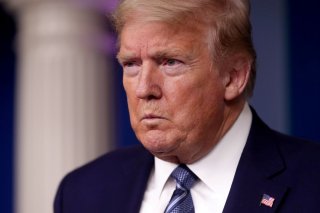 “Even before the coronavirus hit the United States’ shores, we were in a dangerous moment,” said Rahna Epting, the executive director of MoveOn. “We were on high alert.”

In early January, the United States assassinated Iranian General Qasem Soleimani, raising fears of a new war in the Middle East. In response, MoveOn and other progressive groups organized hundreds of protests across the country, channeling the popular and expert opposition to yet another war of choice.

Then the novel coronavirus morphed from a regional pathogen into a worldwide pandemic. Public health, once relegated to second-tier policy status, quickly became the dominant national priority. The global economy shuttered as governments scrambled to protect their populations.

Not even the U.S. military was immune from the effects of the virus. Cancellations of ship patrols, army training exercises, even special forces deployments, rippled through the services. War, it seemed, would have to wait. It was the virus’ turn.

But this binary mentality is misleading, explained Epting. In an interview with Ploughshares Fund’s podcast, Press The Button, Epting outlined how the country’s largest progressive advocacy group is grappling with the intersection of public health and national security in a COVID-19 world.

“It was very clear to us at MoveOn that these two things were related,” she explained, pointing to the consequences of the virus in the United States alone. “Tens of thousands of people have lost their lives and hundreds of thousands continue to be at risk.”

“And then there’s the economic fallout of this crisis, which compounds the dangers even further as we see millions of people abruptly becoming unemployed,” Epting continued. “Folks are struggling to make rent; struggling to find shelter and safety; worried about being able to put food on the table.”

The human and the economic toll of the virus will almost certainly increase global instability. “If we’re potentially on the brink of an economic collapse worldwide,” Epting argued, this runs the risk of new conflicts. “We know when resources are scarce and economies are struggling that leaders like to pick fights—or they will take advantage of that situation to start wars they wanted to start long ago.”

“This is an unprecedented and scary moment for all of us,” she added. “I am not sure our country or our world has faced a crisis of this proportion in our generation.”

Epting is harshly critical of the federal response. “Trump has mishandled this from day one,” she argued. “This did not need to be as life-threatening in this country as it ended up being. This did not need to be all encompassing. And if it wasn’t for his incompetence, his lack of ability to really lead with clarity and build trust among the country with governors, with members of his own administration with Congress, this situation would not be nearly as devastating as it has been.”

Still, she is encouraged by the response at the state and local levels and in the broader social movements. Even before the pandemic, she explained, “we were seeing evidence of social movements coming together through shared threats. Whether that is the rise of authoritarian leaders across the world or the rise of the threats around climate change, we were seeing movements starting to knit themselves together and recognize their shared struggle.”

MoveOn’s focus right now is on fighting to ensure a just share of federal spending goes to the people who are truly in need during this crisis and not just to the well-connected. But they are keeping one eye on possible overseas conflicts and diversions from the domestic problems enveloping President Trump.

“We’re watching and preparing,” Epting said, “so that if we need to take action to push back against war with Iran—or with whatever country this president may feel the desire to provoke in the moment—we will be ready.”

Joe Cirincione is the president of Ploughshares Fund, a global security foundation that supports initiatives to reduce and eventually eliminate the dangers posed by nuclear weapons. Zack Brown is a policy associate at Ploughshares Fund.