Hurricane and Coronavirus Pandemic: How Will Texas Cope? 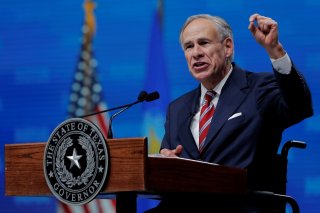 Smashed with a life-threatening hurricane and spikes in positively tested coronavirus cases, Texas Gov. Greg Abbott (R) is in a tough spot as he declared a state of disaster in nearly 36 counties, forcing residents to evacuate, while also balancing social distancing measures to prevent further spread of the virus.

Earlier in the week, the Gulf Coast avoided heavy blows from Tropical Storm Marco that was expected to flood parts of Texas and Louisiana, but weather officials flagged the destructive impacts of Hurricane Laura — a storm expected to have “a lot of devastation wrecked upon Texas,” according to Abbott, with wind being a major threat.

"Hurricane Laura is rapidly intensifying and poses a major threat to communities in Southeast Texas and along the coast," Abbott said in a statement. "Texans in the path of this storm should waste no time preparing for the impact of Hurricane Laura and take immediate action to keep themselves and their loved ones safe. I urge our Southeast and Coastal communities to heed the guidance of local officials, follow evacuation orders, and remain vigilant as we brace for the impact of Hurricane Laura. The State of Texas will continue to monitor this storm and provide the resources needed to keep Texans safe."

Forecasters anticipate Hurricane Laura to bring in severe rain, high winds and flooding to Southeast Texas and Southwest Louisiana as early as Wednesday. Currently a Category 1 hurricane, the storm is expected to strengthen to a Category 3 or 4 storm as it makes landfall.

Louisiana Gov. John Bel Edwards (D) compared the storm to Hurricane Rita, which created $25.2 billion worth of damages after hitting the coast back in 2005. Abbott and Edwards prepared for a series of back-to-back hurricanes that forecasters predicted would wipe out their respective states, but Tropical Storm Marco tired before making landfall Monday.

Hurricane Laura, however, hasn’t hit either state yet, but mandatory evacuations have already been put in place. Abbott issued evacuation orders across the state, offering buses to transport Texans to evacuation sites and providing hotel rooms for residents to seek shelter. The state’s disaster declaration and increased efforts to evacuate certain parts of Texas have impacted hundreds of low-income residents in particular.

Also, Abbott has mobilized more than 70 members of the Army and Air National Guards and the Texas State Guard to assist with safe evacuation efforts and to maintain public health protocol to prevent spread of the virus.

“Property and belongings can be restored, but lives cannot,” Abbott said in a statement Monday. “I call on all Texans who may be in harm’s way to put their safety and their family’s lives above all else.”

Although a possible Category 3 or 4 hurricane could strike the state, Abbott has also emphasized ways local authorities can handle the rising coronavirus cases during evacuation measures.

Abbott urged Texans to isolate when they seek shelter to avoid in-person contact. In recent weeks. Texas has become an epicenter for the virus, as it currently ranks as the second state with the highest amount of confirmed cases. The state has nearly 600,000 confirmed coronavirus cases with more than 11,000 deaths, according to Johns Hopkins University coronavirus data, placing them behind California in case numbers, but ahead of Florida and New York.

If evacuation efforts force residents into crowded shelters and hotels, it's likely that the infection will spread even more due to increased person-to-person contact.

“Everyone needs to be very cautious as they proceed in the coming days,” Abbott said.