It’s in U.S. Interest to Support Post-Pandemic Recovery in the Western Hemisphere 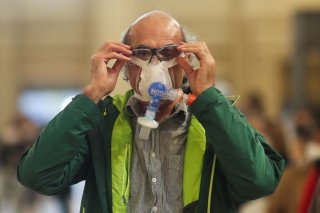 The future of U.S. relations with the rest of the Americas will be shaped by perceptions of the quality of our help with the region’s recovery from the coronavirus shutdown.

Many Latin America and the Caribbean countries will need significant help as the world emerges from the pandemic. While a substantial assistance program likely will be unpopular with the U.S. public as the U.S. struggles with its own recovery, it will be in the U.S. interest when the time comes.

The World Bank is currently predicting the region’s aggregate growth rate will contract by more than 5 percent this year. This will be devastating. It represents an estimated 7 percent negative swing just since October 2019 when growth rates were predicted to average an already-disappointing positive 1 percent. Recent developments in the global economy suggest the estimate of a 5 percent drop was optimistic.

As in the United States, some sectors are being hit harder than others. Much of the Caribbean, for instance, depends on the international travel and leisure industries, especially tourism from the United States. U.S. airlines, cruise lines, hotels, travel services of all kinds have been hurt the most by the pandemic and will likely lag behind other sectors in an economic recovery. Tourism depends, obviously, on disposable income. Over the last month more than 22 million workers in the United States filed for unemployment benefits. Disney announced that it would furlough up to 43,000 workers. By the time the United States is open again for business, it seems fair to say there is not going to be a lot of disposable income around; the Caribbean will suffer disproportionately as a consequence.

Other countries in the region have different but equally severe challenges. Even before the coronavirus pandemic precipitated a lockdown, Argentina was struggling to find its way out of a serious economic recession, to bring rampant inflation under control, and to avoid another sovereign default. Chile, Ecuador, Haiti, and other countries in the region were experiencing serious civil unrest arising out of growing unhappiness with income inequality even in countries, such as Chile, doing relatively better in macroeconomic terms.

Colombia, for its part, is flooded with Venezuelan refugees, at least a million and a half. Colombian basic services were already overwhelmed and desperate for help by late 2019. The pandemic has made the situation close to the Venezuelan border dire. Venezuela’s health infrastructure has effectively collapsed after more than twenty years of Chavista corruption and incompetence. The economy for the poor in Venezuela is so bad they cannot even practice social distancing because systemic scarcity means that many need to go out every day to search for basic staples.

Perhaps as alarming of any is the situation in Brazil, where the Bolsonaro administration seems determined to minimize the danger of the coronavirus and may well be setting the stage for a massive surge in infections.

And, as if all of this were not enough, the extraordinary drop in oil prices is further depleting the treasuries of a whole series of oil producers, including Mexico, Brazil, Colombia, Ecuador and Venezuela.

If Latin America seriously lags behind North America and Europe in its recovery, the problems that bedeviled these countries before the pandemic will come roaring back and likely ulcerate at an accelerated rate. Drug trafficking and illegal immigration (for the moment much diminished) from Central America will certainly become worse. Transnational criminal groups will become both stronger and more influential. Instability in countries unable to effectively orchestrate an economic recovery or provide basic services seems unavoidable.

Almost unnoticed, the United States has been providing substantial support internationally to fight the pandemic. The Trump administration, in fact, claims America is doing more than any other country. This may well be true, but the post-pandemic recovery is going to take significantly more money and a renewed commitment to long term engagement.

Pundits used to say that when the United States caught a cold, Latin America caught pneumonia. Today, it is clear economic and social viruses, like medical maladies, flow in both directions and do not respect borders.

U.S. foreign policy is going to change in the post-pandemic world. President Trump announced at his inauguration that the United States would be recalibrating its interactions the world and placing U.S. interests at the center of our policy efforts. Well, much has changed.

What remains true, however, is that when Latin America and the Caribbean founder, their struggles resonate here. The United States is now inextricably bound to Latin America, whether we like or not.

During a long career in the U.S. Department of State Patrick Duddy served as the U.S. ambassador to Venezuela (2007 – 2010) and Deputy Assistant Secretary for the Western Hemisphere. He now teaches at Duke University where he is also the director of Duke’s Center for Latin American and Caribbean Studies.