It Isn’t Just Gasoline That is In Demand 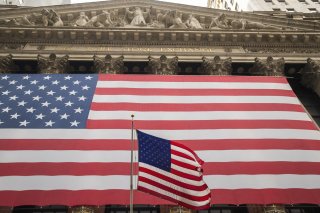 Last year at this time frozen pizza and toilet paper were in short supply. Americans were still in the early weeks of the stay-at-home orders brought on by the coronavirus pandemic and many restaurants were forced to close their doors. While grocery stores were deemed "essential businesses," panic buying of certain items led to short supplies.

Unfortunately a year later many other products can be hard to find.

For Americans on the East Coast and parts of the South, it hasn’t been uncommon to find the pumps ran dry at the local gas station after the country’s largest fuel pipeline—which carries forty-five percent of the region’s supply of diesel, gasoline and jet fuel—was taken offline in a cyberattack. The Colonial Pipeline was compromised on May 7, and even though company officials paid the hackers a nearly $5 million ransom, it took a week to have the system up and running. Panic buying has certainly made things worse, and that could prolong the issue for weeks.

American shoppers looking to buy a car, computer or other large electronics item may have noticed prices have increased dramatically and all for the same reason. There is a global shortage of semiconductors, the computer chips that are used in almost all electrical devices.

The country is feeling this problem now because factories were forced to shutter during the pandemic and that has disrupted the supply chain. It has become so bad that Apple had to delay the launch of its iPhone 12 last year, but it has continued to impact virtually any product that requires those hard-to-find semiconductors. Factories are running again, but expect the shortages to last through the year and perhaps even longer.

It is so bad that the chip shortage could even cost the auto industry $110 billion in revenue this year.

There was a time when chicken dinner was reserved for a special Sunday feast and while the country is not quite at that point, the demand for chickens is outpacing supply. In this case, it wasn’t the pandemic, but the winter storms in the south that resulted in a slowdown in “chicken production.” The situation has been bad enough that restaurants have had to cancel promotions including chicken-wing specials.

Unlike the other shortages this one shouldn’t last too long, so by the time BBQ season starts up in a few weeks, bird will be the word again.

Last year swimming pool sales increased as Americans had to cancel vacation plans, and the demand was so great many had to wait until this year for their pool to be installed. But that pool party could still be in jeopardy as there is a national chlorine shortage. All those new pools are one factor, while a chemical fire at a factory in Louisiana last summer slowed production of chlorine, which is essential for maintaining a pool.

Not Cutting it: Building Materials

Almost all home improvement projects could cost more this year. The reason is that when the pandemic started, sawmills predicted a slump in the housing market and cut production. However, that slump didn’t occur and housing sales remain strong so there isn’t enough wood to go around.

Steel and plastic production also was cut at the start of the pandemic and both industries are now scrambling to ramp up production now that factories are rolling again. The shortages for all materials could remain a problem for a few more months—and this is impacting everything from home appliances to furniture to office equipment.

As firearms sales have continued to reach record levels, ammunition has remained in demand. Factories are now running around the clock but it could be months at least before it is common to find ammunition on the shelves again.