Japan Needs Strong Leadership to Stop the Coronavirus at Home 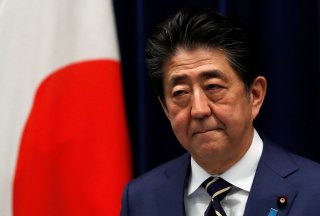 The year 2020 was supposed to be special. With the 2020 Olympic Games coming to Tokyo, citizens all around the country were in a festive mood. That all changed when coronavirus forced the games to be postponed for a year.

Since then, the number of cases have increased at a steady pace, to the point where Japan has declared a state of emergency. It has been a week since that declaration, with no sign of improvement in the situation. Clearly, the current response is inadequate. Unless a concerted effort is made by the government and its citizens, there will be no end to this pandemic.

Sluggish Response from the Central Government

The central government’s response has been disappointing to say the least. The decision to declare a state of emergency came after a surge in the number of cases in which transmission routes couldn’t be traced. According to a poll conducted by the Japan Broadcasting Corporation, seventy-five percent of respondents believed the government was slow to take action.

This reluctance to act swiftly is evident from recent developments over the government’s economic policies too. While the Diet is scheduled to pass a supplementary budget bill aimed at protecting businesses and households next week, cash will only become available to them sometime next month. The lack of detailed plans regarding the rollout of this aid and the fact that there are multiple conditions that must be met has led to much criticism.

Perhaps due to such criticism, a leader of the ruling Liberal Democratic Party announced he would be asking the government to give every citizen 100,000 yen ($930) as an added safety measure. This proposal came months after politicians and economic experts alike voiced the need for such a policy to be considered in the supplementary budget.

It would seem logical to think that giving every citizen cash with no strings attached is the option that requires the least amount of time to implement. It is surprising that this has not been implemented first, while the conditions for receiving extra cash—which businesses and low-income households need—are deliberated in the Diet. This would provide much-needed cash to those who need to pay utilities or buy food this month.

Tokyo Sets an Example—Or Does It?

A major clash between the central government and prefectural government ensued over the closure request list Tokyo had created in response to the state of emergency. Tokyo’s governor, Yuriko Koike, had initially listed a broad range of shops, arguing that there would be a need to restrict “cluster-causing facilities,” such as restaurants and bars. The central government disagreed, worried about the economic impact closures would have.

In the end, the central government was able to keep barbers, DIY stores, and izakaya (Japanese-style pubs) off the list. Tokyo, on the other hand, was able to request the temporary closure of karaoke boxes, internet cafes, and restrict the business hours of restaurants. Four prefectures have followed suit, implementing similar measures to limit business operations. However, other prefectures have stopped short of such extensive requests, adhering to the central government’s guidelines.

Tokyo has taken this a step further, incentivizing closures through a special metropolitan government fund. If businesses comply with Tokyo’s requests, they can receive up to one million yen ($9300). So far, the central government has refused to emulate this scheme, pointing out that the supplementary budget would provide aid to those businesses. Osaka has been the only prefecture to announce the same funding scheme as Tokyo.

Tokyo’s funding will only last so long and will not reach all businesses in time. Saving businesses now will keep people at home and save lives, which in turn leaves enough manpower for an economic recovery post-coronavirus. If the government hesitates to support citizens financially, the pandemic will not cease, and there will be no economy to save.

The ball is in the central government’s court. People need money now, not in a month’s time. In return, we Japanese should fulfill our duty as citizens and stay home, listening to the experts who tell us we aren’t doing enough. It’s time for everybody to step up to the plate and deliver.

Rintaro Nishimura is a Korean Studies Spring 2020 Research Assistant at the Center for the National Interest.