More Indications that the Omicron Variant Leads to Milder Illnesses 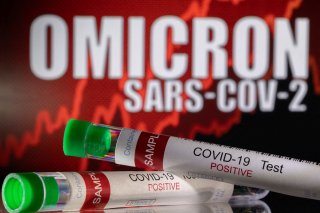 More data has come in from South Africa on the properties of the Omicron variant of the coronavirus.

The data shows that the Omicron variant “appears to cause less severe disease than previous versions of the coronavirus,” while the Pfizer vaccine offers protection from hospitalization but less from infection, according to the Associated Press.

In addition, during the period of the research, the death rate has not increased. As for the hospitalization rate, it is lower than it was for the wave the same country experienced in mid-2020, the report said.

The data comes from Discovery Health and South African Medical Research Council, although the Associated Press cautions that the data is preliminary and not peer-reviewed. However, it used data from more than 211,000 test results, which is a rather large sample size.

The research also found that the Omicron is now the dominant variant in South Africa where it was first discovered around Thanksgiving.

“The omicron-driven fourth wave has a significantly steeper trajectory of new infections relative to prior waves,” Noach said. “National data show an exponential increase in both new infections and test positivity rates during the first three weeks of this wave, indicating a highly transmissible variant with rapid community spread of infection.”

As for vaccine efficacy, the report stated that those fully vaccinated with the Pfizer vaccine “have 70 percent protection against hospital admission” during the current Omicron surge, which is down from 93 percent during the Delta wave.

Pfizer and its partner, BioNTech, announced on December 8 that three doses of its vaccine, including the booster, “neutralize the Omicron variant,” while two doses of that vaccine “show significantly reduced neutralization titers.”

“Although two doses of the vaccine may still offer protection against severe disease caused by the Omicron strain, it’s clear from these preliminary data that protection is improved with a third dose of our vaccine,” Albert Bourla, the chairman and Chief Executive Officer of Pfizer, said in a press statement. “Ensuring as many people as possible are fully vaccinated with the first two-dose series and a booster remains the best course of action to prevent the spread of COVID-19.”