Nearly All U.S. Cases of Omicron so Far are Mild 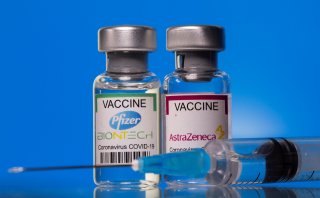 The Omicron variant of the coronavirus was first reported in the United States over a week ago, and while much remains uncertain, there are indications that the variant isn’t as deadly as other variants, although it may spread more easily. The effectiveness of vaccines, meanwhile, remains to be seen. Pfizer representatives said this week that they believe shots plus boosters will be effective against the new variant.

The head of the Centers for Disease Control this week shared more good news: of the reported cases in the United States so far, nearly all are mild.

CDC head Dr. Rochelle Walensky told the Associated Press that there have been more than forty Omicron cases reported in the United States to date. More than three-quarters of those cases have occurred in people who have been vaccinated, including a third who have received boosters. However, most people who have caught the variant have only become moderately ill. In addition, most of the cases so far have been young adults, about a third of whom have traveled internationally.

There has yet to be a confirmed death in the United States of anyone with the Omicron variant. And of the coronavirus cases sequenced last week, just 1 percent were of Omicron, with the rest caused by the Delta variant.

“When I look to what the future holds, so much of that is definitely about the science, but it’s also about coming together as a community to do things that prevent disease in yourself and one another,” Walensky told the Associated Press. “And I think a lot of what our future holds depends on how we come together to do that.”

Experts have warned that while many of the cases appear mild now, they sometimes get more serious as time goes on, which has been the case with new variants that have emerged in the past.

“What we generally know is the more mutations a variant has, the higher level you need your immunity to be. . . . We want to make sure we bolster everybody’s immunity,” Walensky told the Associated Press. “And that’s really what motivated the decision to expand our guidance.”

Tedros Adhanom Ghebreyesus, director-general of the World Health Organization, said this week that “still difficult to know” what course the pandemic will take, now that the Omicron variant is here. There had been reports of cases in fifty-seven countries, as of Wednesday, the WHO said.

“Certain features of omicron, including its global spread and large number of mutations, suggest it could have a major impact on the course of the pandemic,” Tedros said, according to CNBC.